Shortly before that, in 1986, the Weizmann Institute alumnus had completed his master’s studies in the lab of Prof. Shimon Ullman in the Department of Computer Science and Applied Mathematics and he was rife with ideas about everything he had absorbed: visual processing of objects and computerization of visual information. That conversation lodged in the back of his head. Years later, when at a presentation he made to car industry engineers, he was asked about a system that utilizes two cameras for collision warning. He told them: “You don’t need two cameras. One is enough. When you shut one eye, you don’t go blind”.

Since then, Prof. Shashua, a professor of computer science at the Hebrew University of Jerusalem, has dedicated himself to making that statement a reality and establishing MobilEye, now the largest manufacturer of single-camera Advanced Driver Assistance Systems (ADAS) in the world, revolutionizing the world of road safety on the way.

His career as an academic and technological entrepreneur has its roots in his time spent at the Weizmann Institute. Under Prof. Ullman’s tutelage, the young Shashua learned about how the brain processes visual information and how to construct computer systems with human-like visual capabilities. He was also inspired by his mentor’s ability to combine a career in basic research with commercial application in the high-tech industry.  Prof. Ullman was a co-founder of Orbot (now Orbotech), which makes automated optical inspection systems for various industries, including the printed circuit industry. Prof. Ullman was recently awarded the prestigious EMET Prize for 2014.

“Without the knowledge gained in Shimon Ullman’s lab and watching him work the way he did - always thinking about how his lab insights might help make life better for people - I wouldn’t be where I am today,” said Prof. Shashua in an interview in MobileEye’s Jerusalem headquarters.

Shashua went on to obtain a PhD in artificial intelligence from MIT in 1993 and did postdoctoral training with MIT’s Prof. Tomaso Poggio. He became a faculty member at the Hebrew University in 1996. Initially, the transition from developing scientifically proven algorithms to generating marketable products was more challenging than he had imagined. He pitched his first patent - for an algorithm that allows easy editing of light in images - to  Hollywood movie studios, with no success, but then a Japanese company adopted it for the fashion industry. His second patent, for a method for turning 2D images into 3D images, served as the basis for his first company, CogniTens, which made a quality-control product for the automotive spare parts industry. The product compared 3D images of manufactured parts with 3D renderings of the original design to locate production flaws.

CogniTens was Prof. Shashua’s first encounter with strategic product-oriented thinking - a departure from his life as a scientist doing basic research. He enjoyed the new challenge, and adopted the professional model of his mentor, Prof. Ullman: a day a week at the company and four days a week at the university. The company was sold in 2007.

It was then that he recalled his car-ride conversation in the late 1980s about a crash-warning camera. He decided to pursue the concept. In 1999, Shashua established MobilEye together with a partner, businessman Ziv Aviram. The company’s first big break came when a car manufacturer asked for a demo of a single-camera-based lane-detection system which would provide warning when the driver drifts unexpectedly from a designated lane. MobilEye created a demo for this new product, but also planted into the system a big extra: a demonstration of its single-camera object detection. When the clients witnessed a single-camera system able to detect various objects - something considered impossible until then - they stopped their bid for ADAS and began working with MobilEye.

A camera based on the logic of human vision

Prof. Shashua’s original idea behind the MobilEye technology was this: If the human eye can acquire depth perception and provide warning even when only one eye is active, then why couldn’t a single camera provide similar results? When he went on to do market research, he found that dual-camera systems devised by competitors require a complex computational model for depth perception which can cause serious errors in warnings.

MobilEye developed several generations of the single-camera system. Today’s product is a device involving a single camera that is installed between the vehicle’s rear-view mirror and the windshield. It is based on proprietary software algorithms and its EyeQ® chip, which perform detailed interpretations of the surrounding visual field of a given driver in order to anticipate possible collisions. It identifies risks and distances, and provides early warning for collisions with pedestrians, still objects, moving vehicles, lane departure, speed limit regulation, and high-beam management. The system also reads road signs and traffic lights.

In 2007, after almost 10 years of marketing and development and R&D efforts, MobilEye launched its first market product: built-in single-camera systems - the first of its kind - for Cadillac, BMW, and Volvo, as well as a version that could be installed by car owners, suitable for any vehicle. Since the system only requires one camera, MobilEye products are cheaper than their competitors, at about $100-150 for car manufacturers; individual car owners can purchase the product for about $600-1,000. Meanwhile, car safety regulation shifted in MobilEye’s favor, as the development of ADAS technology by several companies gave impetus to regulation in North America and Europe requiring built-in ADAS for advanced safety ratings.

Because few others believed that a single-camera technology would be effective, according to Prof. Shashua, MobilEye now has over a decade’s lead in both development and field data collection over its competitors and it controls an 80 percent share of the single-camera ADAS market. Over 3 million cars worldwide have a MobilEye product installed.

In June, the company made an SEC submission for initial public offering on NYSE; the IPO is expected to be one of the largest listings for an Israeli tech firm in recent years.

Now, MobilEye is focused on its next goal: making autonomously-driven vehicles - or, in simple language, hands-free driving. The technology has been installed in only four cars, one of which is Prof. Shashua’s. He believes that this type of system is the future of the automotive industry and is certain that, much like in the case of ADAS technology, once car manufacturers begin taking an interest in the technology, regulatory bodies will follow suit and align their demands with what the technology has to offer.

Infected with the entrepreneurial bug, Prof. Shashua then came up with a product that aims to serve the visually impaired. OrCam, the company he and Aviram founded in 2010, makes a visual aid in the shape of a small camera that can be mounted on eyeglasses that helps the visually impaired to read and identify objects such as traffic lights, bus numbers, and labels of grocery items. Users can scan items they come across during their day-to-day life, thereby personalizing the product to meet their specific needs. The next level of sophistication will offer face recognition and a heftier database of pre-set product identification.

“Amnon’s outstanding ability to combine fundamental science with useful practical systems was evident since his time as a young MSc student. His thesis was a gem,” says Prof. Ullman.

Prof. Shashua testifies that his solid grounding in basic research offered him the best edge - indeed, it was absolutely essential - in inventing and developing the products he has created. For that reason, MobilEye maintains a policy of hiring scientifically minded people who can handle complex problems and offer innovative solutions, and currently employs several alumni of the Weizmann Institute, including its senior Vice President of Research and Development, Dr. Gaby Hayon.

Prof. Shimon Ullman is supported by the European Research Council and is the Samy and Ruth Cohn Professor of Computer Science. 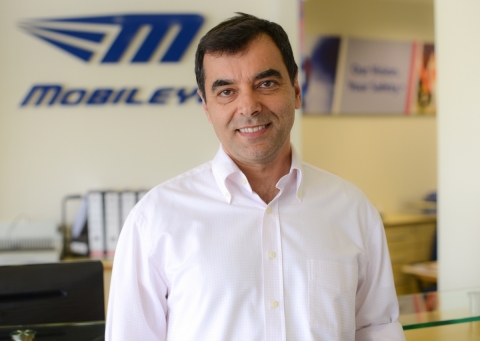 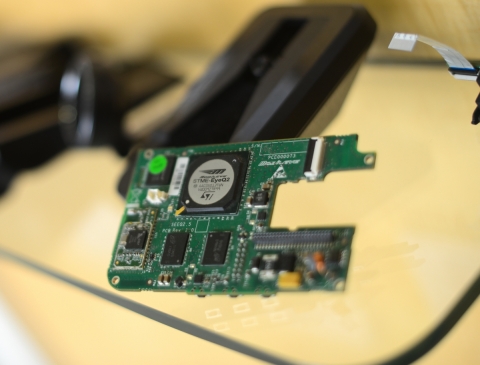 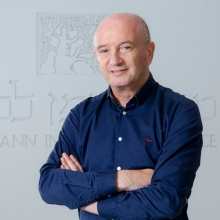 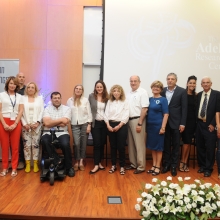 Technion Assistant Prof. Asya Rolls receives this year's prize, granted annually by the Adelis Foundation as part of a five-year neuroscience collaboration between the Weizmann Institute and the Technion. 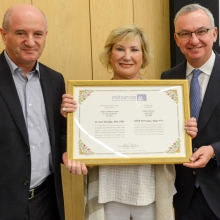