Since 1973, Prof. Cohen-Tannoudi has been a professor at the Collège de France. He is best known for developing the theoretical framework that explains laser-cooling of atoms as well as paving the way toward ever-smaller electronic components, improved space navigation, and more precise measurement of gravitational forces. He is also an enthusiastic educator who has had a profound influence on the way physics is taught the world over.

Prof. Yaron Silberberg from the Weizmann Institute’s Department of Physics of Complex Systems refers to him as a “mega-teacher,” saying, “He wrote the books that most of us learned from.” For several decades, he has maintained a deep connection to Israeli science and in particular to the Weizmann Institute.

His remarkable links to the Israeli scientific community are attested to by the fact that at times of unrest - when many others canceled their planned visits - his own, frequent, visits did not cease. He is a compelling advocate of academic freedom and free exchange of opinions and a strong voice against boycotts of Israeli science. He retired ten years ago but continues to do research and travel extensively.

A video about Prof. Cohen-Tannoudji that was filmed for the PhD honoris causa ceremony can be viewed here.

Q: What do you value most of all?

A: Curiosity and a desire to learn. What we know is just a fraction of all knowledge, so it is of utmost importance to be open to other cultures and to other ways of transmitting knowledge.

Q: How did your connection with the Weizmann Institute begin?

A: The Weizmann Institute shares many features with the Collège de France. The Collège was founded in 1530 to counterbalance the overly rigid scholastic approach of the Sorbonne, and is renowned for its flexibility; professors are free to choose their lecture topics. Their lectures must change and address different topics every year. The people who attend these lectures come just in order to learn something new. I think this wish to learn something new is also true at the Weizmann Institute.

Q: How did you choose your field of research?

A: I came to Paris from Algeria in 1953 to study at the École Normale Supérieure. During the first year, I attended a series of fascinating lectures in mathematics given by Henri Cartan and Laurent Schwartz, and in physics by Alfred Kastler. Initially, I planned to concentrate on mathematics; but Kastler was a poet, explaining things in a very elegant way and his lectures were so stimulating, that I decided to study physics.

[Kastler went on to receive the Nobel Prize in Physics for 1966, which Cohen-Tannoudji received in 1997 and his student, Serge Haroche, received in 2012.]

One of the most important things in my work, and in science and education in general, I believe, is transmitting your enthusiasm to young people and motivating good students to do research. Serge Haroche is one of the examples.

Q: Why do international connections in science matter?

A: It is important to establish scientific connections because science is universal. Among other collaborations I have been involved in, I have also arranged meetings between Israeli and Arab scientists from all over the world, including, of course, Palestinians. And the result was perfect: You wouldn’t believe there was a war between their countries, as they engaged in joint discussions for an entire week. There is always more to learn from one another and more to be done in science. A scientist is a student forever. 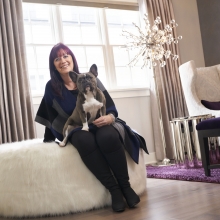 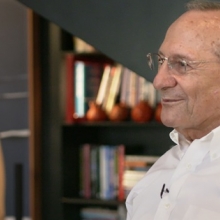 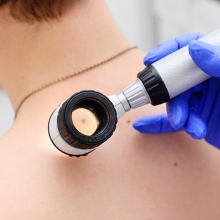 Immunotherapy treatments for cancer have been boosting recovery rates of patients in recent years, but a new study from the Weizmann Institute shows how it’s possible for immune cells to home in on melanoma cancer cells—and destroy them—more effectively than ever.