A wedding vow not to forget

On May 11, the Moross Integrated Cancer Center hosted a ceremony in the Ullman Auditorium honoring the recipients of the Vivian Levmore Tannor and Steven David Esses Memorial Prize for Excellence in Cancer Research.

Presented each year to two outstanding PhD students who study cancer-related topics, the 2021 awards went to Yonatan Katzenelenbogen, who is pursuing his doctoral research under the supervision of Prof. Ido Amit, and Noam Bar, whose PhD advisor is Prof. Eran Segal.  Created by Weizmann Institute faculty member Prof. David funded by an endowment established by the couple, in lieu of wedding gifts, to celebrate their recent marriage.

The Vivian Levmore Tannor and Steven David Esses Award for Excellence in Cancer Research at the Weizmann Institute was established by Naomi Esses and Prof. David Tannor at the time of their marriage to recognize significant advances in cancer research. It is a fitting tribute to the memory of these two outstanding individuals who lost their lives to this heartbreaking disease.

Vivian Tannor (nee Levmore) was born in Queens, New York on Nov. 2, 1957. She attended Barnard College, where she majored in psychology, and went on to get her PhD in clinical psychology from Stonybrook University.  In 1984 she married Prof. David Tannor. They made aliya to Rehovot in 1995 with their four children. Her specialties were cognitive behavioral therapy, couples therapy and trauma therapy.  A second-degree black belt in karate, she taught karate to adults and children for decades. She was legendary for her hospitality to newcomers to Rehovot, her community activism, and her innumerable acts of hesed, charity.  She passed away from non-small cell lung cancer on April 26, 2017.

Steven David Esses was born in Brooklyn, New York, on ­­­­­September 23, 1963. Steven was an entrepreneur who studied at Baruch College; he believed that life experience was the greatest teacher. In 1986 he married Naomi Shamah. They made aliyah to Efrat in 1992, where they raised five children together. Steven ran numerous businesses and ultimately became the CEO of the public company Arotech.  He sat on numerous boards and was the Chairman of Just One Life and Ulpanat Rosh Tsurim.  He loved the sea, and cherished time with his family on the Kinneret.  He was dedicated to Torah and did much to support its institutions, even having housed the community synagogue in their home. He passed away from pancreatic cancer on February 2, 2017. 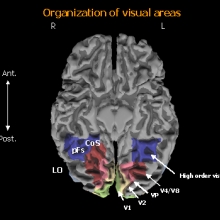 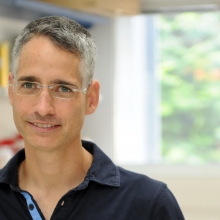 Coronavirus by the numbers

Prof. Ron Milo and his colleagues have curated a collection of the key biological properties currently known about the coronavirus that can be measured in numerical terms. 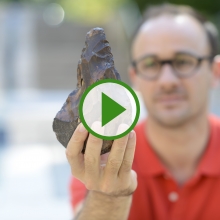