PhD student Lior Gorodisky has a rare condition by which he has no recollection of being able to smell; now he studies that very condition in the Department of Neurobiology

Most Weizmann Institute students first encounter the campus when they begin their studies. Lior Gorodisky, today a PhD student in Prof. Noam Sobel’s olfaction laboratory in the Department of Neurobiology, began his path as a study subject—when he volunteered for an experiment in the Sobel lab on olfaction and isolated congenital anosmia (ICA), a rare condition in which individuals have no recollection of being able to smell.

Lior was already well on his way to a career in science. With BSc and MSc degrees in electrical engineering from the Technion-Israel Institute of Technology, his research focused on using magnetic resonance imaging (MRI) and related techniques to study mitral valve function and cardiac blood flow. It had no obvious connection to olfaction. But when he walked into Prof. Sobel’s lab as a volunteer in 2012, he immediately felt that he was walking into a “cool lab”, as he puts it. He was also impressed by the fact that while he had, of necessity, conducted most of his MR research on mitral valves off campus in a hospital setting, the Sobel lab was located next door to a research-exclusive MR system.

One year later, when Lior was in the midst of his MSc studies at the Technion, Prof. Sobel gave a popular science lecture in Tel Aviv. Lior, who has ICA, heard about the lecture and showed up. He became even more fascinated with the lab’s research on the complex neural mechanisms of the human olfactory system. In 2015, just before he completed his service in the Israel Defense Forces, he was interviewed by Prof. Sobel as a prospective student, and walked out certain of where he wanted to do his doctoral research. He was accepted.

“Weizmann gives you everything you need as a scientist,” Lior says. “We not only receive support to attend conferences abroad, but we are also strongly encouraged to go and broaden our horizons.”

“Students here aren’t viewed as just ‘students’ as we might be at other universities,” he adds. “We’re treated like ‘mini-researchers’ and invited to pursue those topics that interest us.”

Lior now is applying his knowledge of MRI to study ICA and how it affects daily behavior and communication. The rare disorder may occur due to developmental abnormalities in the olfactory bulb or deficient signaling in the olfactory pathway. Unlike syndromic forms of anosmia, ICA patients have no additional symptoms or disorders. Beyond the inability to perceive odors, it is unknown whether other olfactory-related mechanisms are altered.

At the Weizmann Institute of Science, Lior is working to characterize how the different parts of the brain’s olfactory system respond to odorants and chemical signals in individuals with ICA. He also hypothesizes that ICA may actually include a variety of subtypes. He says, “Olfaction is complex. The act of sniffing activates many different brain regions, even in people with anosmia.”

During his IDF service and undergraduate studies, Lior taught mathematics, geometry, physics, and computing skills to Israeli youth. He now tutors his fellow students in statistics at the Weizmann Institute.

Asked what his own future holds, Lior says he is still finding his way. He is a hybrid scientist-engineer—a budding neurobiologist who also considers himself an electrical engineer—and is interested in the many applications of MRI to biomedical science, whether it be quantifying the severity of heart valve dysfunction to help cardiac surgeons decide whether or not to operate, or studying nasal respiration changes and social interaction among people with ICA. 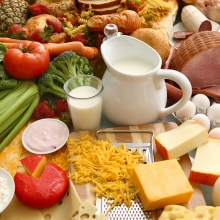 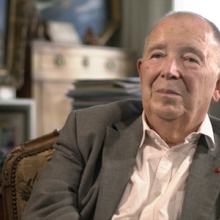 Prof. Jean-Pierre Changeux is a renowned neuroscientist and an influential cultural figure at the interface between science and the humanities, and between the scientific community and the general public. 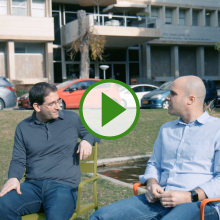