From the Brazilian Amazon to Weizmann

Rafael Stern has realized his dream of living in Israel and studying at the Weizmann Institute—albeit through a circuitous path.

Starting from his hometown in Rio de Janeiro to the Amazon city of Manaus where Stern pursued his MSc at the National Institute for Amazonian Research, he found himself last year at a crossroads between Harvard University and the Weizmann Institute, which both granted him acceptance to conduct PhD studies. Stern chose Weizmann.

Stern grew up in the Jewish community of Rio de Janeiro in the Habonim Dror youth movement learning Hebrew and listening to the music of Israeli musical great Arik Einstein, who would later be his inspiration to take the final leap of making aliyah. After completing his bachelor’s degree in geography at the Fluminense Federal University in Brazil, Stern spent a semester at the Arava Institute for Environmental Studies. There, the academic director connected him to Prof. Dan Yakir of the Department of Earth and Planetary Sciences.

Prof. Yakir hired Stern to work with one of his postdocs. “When I first started working with Dan, it was like a dream come true,” Stern says. “I had cited his works during my undergraduate studies, and could never imagine myself actually taking part in his research. It felt like my whole life was leading up to this moment, and the famous saying ‘you are the size of your dreams’ finally started to make sense to me.”

Stern returned to Brazil and to Manaus where he previously worked as a Habonim Dror community leader in the small Jewish community and began his MSc at the National Institute for Amazonian Research. There, he met a Harvard scientist and collaborated with his group project on the influence of vegetation on the climate and its subsequent effects on the environment, weather, and other factors.

When he completed his MSc, Stern was at a crossroads. The Harvard scientist invited him to do doctoral research with him, and meanwhile, Prof. Yakir, with whom he stayed in touch throughout his master’s studies, was awaiting his return to the Weizmann Institute.

And then Arik Einstein entered the equation. Before making his final decision, Stern heard an interview of Einstein’s describing his appreciation for the beauty of America, but that Israel would always be his heart and home. “It was as if Arik was speaking directly to me,” he recalls.

But Stern was not just emotional about Israel; he was fascinated with the science in Prof. Yakir’s lab. Prof. Yakir investigates the interactions between the biosphere and atmosphere, particularly ways in which plants influence the global environment. By simultaneously measuring the atmospheric carbon dioxide and water vapor - coupled with wind and radiation intensities - he can “read” the biogeochemical processes that occur in both plants and soil and assess the carbon storage and the fluxes between the biosphere and the atmosphere.

These studies are carried out in the Yatir Forest in southern Israel - unique in the world in that it is one of the few forests planted in a semi-arid environment, which has helped Prof. Yakir make key breakthroughs in understanding how forest ecosystems affect the climate and the environment. This is exactly the line of research that Stern wished to pursue in his PhD studies and built on his MSc work in the Amazon. And Prof. Yakir says, Stern's experience enhances the research in his lab. “Bringing together the perspectives from the heart of the major tropical forest of the Amazon, and that from the forestation at the edge of our Negev desert, will be remarkable assets to both Rafael and our group. We were thrilled to have Rafael back.”

Stern was also encouraged by his advisor in Brazil and his peers, who were familiar with Prof. Yakir’s work, to pursue his studies at the Weizmann Institute. Stern says, “I feel that our research plays an important role in understanding the global climate and the Earth’s ecological systems, as well as finding solutions to mitigate climate change. I also enjoy the healthy balance between my theoretical work in the office, and my days in the field driving the novel Mobile Laboratory system around the country’s forests to perform our experiments.” 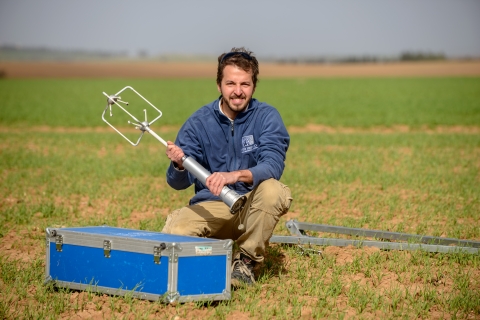 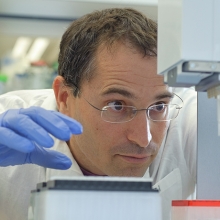 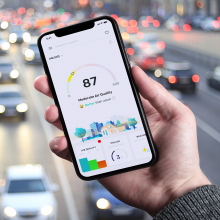 Weizmann alumna Dr. Gabriela Adler is the Chief Scientific Officer of BreezoMeter, which is working to improve the health of millions of people worldwide by providing accurate and real-time air pollution data to users in more than 100 countries. 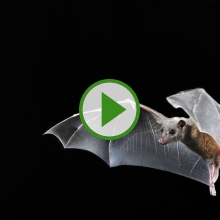