We investigate learning and memory as multilevel processes in real-world contexts. We are particularly interested in the processes and mechanisms that convert one-shot experiences into long-term memory ("consolidation"), in the persistence over time of the resulting memory traces (engrams), and in the retrieval and post-retrieval fate of items in memory, including remodelling, extinction, suppression, erasure and forgetting. In recent years we have extended the research to the investigation of the mechanisms of memory in human groups, populations and cultures.

Our scientific concepts, experimental rationales, methodologies and discoveries, are detailed under Publications.

In both animal and human studies, we maintain close collaborations with research centres worldwide, among them New York University, Edinburgh University, and the Einstein Center Chronoi in Berlin. Our work was supported over the years by the Minerva Foundation, The Volkswagen Foundation, the Human Frontiers Science Program, The European Union, The Israeli Science Foundation (ISF), The Israel-US Binational Science Foundation (BSF), The Nella and Leon Benoziyo Center for Neurological Diseases, and the Braginsky Center for the interface between Science and the Humanities. 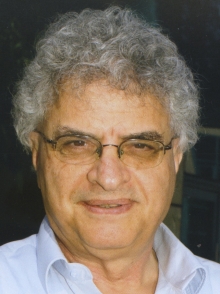