An early experience of Weizmann plants the seeds for scientific careers

As today’s ambitious young adults rely on social media to navigate life’s critical junctures, it is far from surprising that 21-year-old Hila Shinar stumbled into advanced scientific research by clicking on a Facebook ad.

“When there’s something extra I can do, I always try to get in,” says Shinar.

Hailing from Binyamina, Shinar is participating in a unique Weizmann Institute program for undergraduate students pursuing their degrees in science at other Israeli universities. The program, called Young Weizmann Scholars, aims to ignite the curiosity of talented students as they consider pursuing a career in the sciences—strengthening their abilities and enthusiasm for experimental work through real laboratory experiences. It also introduces them to the Weizmann Institute, which offers graduate studies only.

The students are matched with a particular research group, and either come to the Institute once a week throughout the academic year, or every day for two months in the summer. Acceptance to the program requires a focus on science, excellent grades, and high-level English. In addition to gaining invaluable research experience and receiving a small grant, they receive mentorship from Weizmann Institute scientists, postdoctoral fellows, and PhD students. 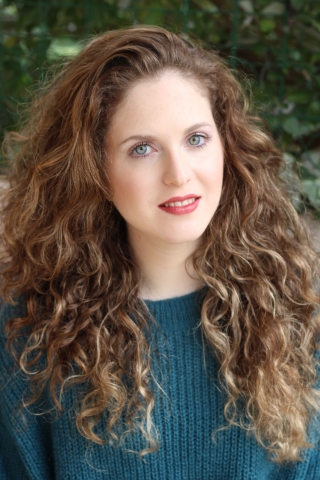 Shinar is currently completing her second (out of three) years at Tel Aviv University, and plans to pursue a master’s degree—and, she hopes, a PhD. At the Weizmann Institute, she is working in the laboratory of Prof. Nirit Dudovich in the Department of Physics of Complex Systems, who specializes in attoscience—the science of structures that produce pulses lasting 10−18 seconds. The Dudovich group uses lasers to ionize electrons, setting them free from the atom and sending them to a velocity map imaging (VMI) machine that measures their speeds and provides a clearly organized picture of the electrons. Such a picture enables extremely precise time measurements, which could be applicable to a wide range of fields.

Says Shinar, who completed her studies in the Dudovich lab with the conclusion of the spring semester, “It was an opportunity to be part of real research and see what I aim to do in my master’s degree and later—to learn what a true physics student is doing. I also imagine it could actually help improve medicine—for example, in creating more precise measuring tools, detecting diseases, and preforming innovative surgeries,” Shinar says. She also chose to work with Prof. Dudovich because she sought a female role model in physics, a male-dominated field.

The Young Weizmann Scholars program, Shinar says, offers her an opportunity that helps her “understand the physics behind the equations” in her university classes, and “gives me a sense that I’m on the right path for my future.”

Another participant, 29-year-old Michal Amrani, is studying chemical engineering at Shenkar College of Engineering and Design in Ramat Gan. Amrani has already accepted an offer to pursue a master’s degree in chemistry at the Weizmann Institute in the fall.

“It’s very good opportunity for undergraduate students,” she said. “You don’t do this in your day-to-day life in college.”

Amrani has been conducting research in the laboratory of Prof. Rafal Klajn in the Department of Organic Chemistry, focusing on nanoparticles and the self-assembly of molecules. With the guidance of postdoctoral fellow Dr. Angela Grommet, she is researching how the structure of certain molecules can change inside tiny boxes called “nanometric cages.” Amrani is exploring how light affects compounds within these spaces, as well as investigating different isomers for these cages and the relationships of the cages with their “guest” molecules.

In addition to relishing the chance to delve into laboratory research in the Klajn group, Amrani said that she enjoys the uniquely multicultural environment. In fact, she’s the only Israeli member of the Klajn lab team. As the local representative, she took it upon herself to plan a social outing in the Carmel Mountains near Haifa.

Advancing a career with surgical precision

Amjaad Abu Mokh, 26, hails from Baqa al-Gharbiya, a town east of Hadera, and is a sixth-year medical student at Tel Aviv University. She is part of the Neubauer Young Scholars, a sub-program within the Young Weizmann Scholars that aims to recruit five Israeli-Arab undergraduate students annually to work in Weizmann labs. Abu Mokh is working under the supervision of Prof. Deborah Fass in the Department of Structural Biology. She sought out the Fass lab due to the group’s expertise on a particular enzyme called QSOX, which Amjaad thought could have relevance to surgery—one of her main interests in her medical studies.

“One of the biggest problems in surgery is post-surgical adhesions,” Abu Mokh says, referring to scars that can form between abdominal tissues and organs after surgery, causing problematic obstructions. 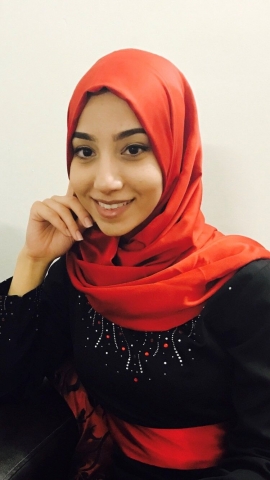 QSOX helps create a strong and cohesive extracellular matrix—the network of molecules such as collagen that surround and support cells. She was therefore curious to learn whether something could be done to make the matrix less strong by breaking its adhesions.

Abu Mokh has benefited from the mentorship of postdoctoral fellow Dr. Patrick Dos Santos Vilela. She expressed particular appreciation of the opportunity to participate directly in experiments, join in group meetings, understand how to write publications, learn new microscopy techniques, and take part in “every step” of laboratory research. She hopes that the knowledge she has acquired will equip her well for further such inquiry in the future.

The Young Weizmann Scholars program began about a decade ago, when Prof. Lia Addadi, of the Department of Structural Biology, was Dean of the Feinberg Graduate School. Although she is no longer in that position, Prof. Addadi played an active role in initiating the recruitment effort for Arab-Israeli program participants, in the hopes of strengthening their connection to the laboratory and inspiring them to continue on an academic career track.

“Like any other section of the Israeli community that is so heterogeneous and vast, I think that they should also be well represented among the students who come here or pursue higher degrees at the Weizmann Institute and elsewhere,” Prof. Addadi says. “The best way to encourage them and increase their representation is to expose them to real research early on.”

As one of the few Israeli-Arab students in Young Weizmann Scholars, Abu Mokh likewise stressed the importance of engaging more members of her community to science, and introducing them to the Institute.

“This program exposed the Institute to me. Now, if I become a researcher or doctor, I would definitely try my best to be part of Weizmann Institute in the future,” she says.

The Young Weizmann Scholars is supported in part by the Neubauer Young Scholars program.