Our lab studies insulin action, lectins biology, bone remodeling and the links between them. Although studies of insulin action and lectins biology were initiated as independent projects, nowadays they converge upon some of the most fascinating question related to the interplay between bone remodeling, insulin action, and animal lectins. This general question links to other questions in the realms of insulin action and lectin biology we aim to address. One aspect involves studies related to the molecular basis of insulin resistance and its impact on the function of pancreatic beta cells, with a special emphasis on the role of the IRS (insulin receptor substrate) proteins. These studies apply a large number of biological tools. Among them are transgenic mice, generated in the lab, that overexpress selectively in the pancreas, in an inducible manner, wild-type IRS-2 proteins or IRS-2 proteins mutated at selected Ser phosphorylation sites that negatively regulate IRS proteins function. A second project involves high throughput screens (HTSs) of siRNA libraries in isolated human pancreatic islets, in search for genes that modulate the response of pancreatic beta cells to the adverse effects of pro-inflammatory cytokines and other inducers of cellular stress and insulin resistance. Characterization of number of novel genes identified in these screens is currently underway.

The second aspect of our studies is focused on galectin-8, a mammalian lectin cloned in our lab. We study the mechanisms underlying its mode of action as a novel modulator of bone remodeling, cellular metabolism and insulin action. The role of galectin-8 (also known as prostate cancer tumor antigen-1) as a mediator of cancer initiation and progression in the bone are studied as well. In these aspects of the work we make use of transgenic (Tg) mice, generated in the lab, that overexpress galectin-8. We also study galectin-8 knock-out (KO) mice as a complementary model system. The following sections briefly describe these projects. 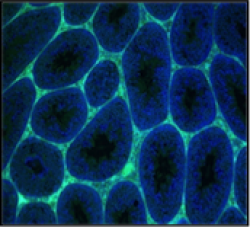 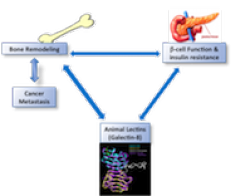 The role of the animal lectin galectin-8 as a...
Read more 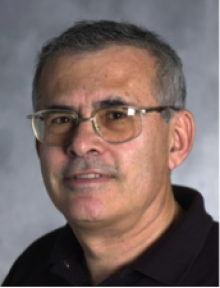