The tours are currently offered in Hebrew

This tour focuses on the landscaping and unique trees found on the Weizmann Campus, including rare plants that can be found nowhere else in Israel. Visitors will hear the stories on the origins and distinctive characteristics of the trees and how they were brought to Israel.

A walk through the Weizmann campus introduces visitors to the highlights of Israeli architectural history - from the earliest buildings of the Daniel Sieff Research Institute and the Weizmann Institute of Science, both founded in the first half of the 20th century, to the Institute’s architectural emblem - the Koffler particle accelerator, to the modern glass structures of the 21st century. During the tours, visitors learn to recognize examples of different architectural styles: the International Style exemplified by Erich Mendelssohn, the Brutalism of bare concrete buildings, Structuralism, Post-modernism and more.

What were the distinguished guests of Vera and Chaim Weizmann, the “presidential couple”, served at meals? How did the First Lady manage the household? Who did the shopping? Who arranged the flowers? Vera Weizmann single-handedly ran the Rehovot “Weizmann Estate,” the private residence of the Weizmanns that later became the official residence of the President of Israel. She set the tone of daily life, and in her elegant and aristocratic style created the rules of official hospitality. The tour, held on the Weizmann Estate, follows the character of the First Lady and the lifestyle of the first President. Visitors are invited to explore the rooms of the house, learn the history of its construction, and hear stories about the kitchen, other rooms, and different household items.

Art, Science, and Everything in Between

Contemporary art, like science, emerges from an inner idea in the minds of artists or scientists. At the Weizmann Institute of Science, a world-class research institute, art is understood to be a complementary activity to science: one that can enable both scientists and artists to attain greater insight in the ongoing journey to understand the world and our place in it.

This outlook is the inspiration for the art exhibits around the Institute, particularly those devoted to the Israeli art that is at the vanguard of creativity. Visit the website to discover the art exhibitions currently on display.

In each art tour, we will visit two of these art exhibits During the walk between the exhibits, we will encounter some of the environmental sculptures that grace the campus, including works by Menashe Kadishman, Sorel Etrog, Yigal Tumarkin, Natan Rapoport, Dani Karavan, Salvador Dali and others. We will stop at each of the sculptures to give visitors a chance to become acquainted with concepts from the art world, as well as the historical context and artistic trends embodied in each sculpture.

We will observe birds flying overhead and nesting on the Weizmann Institute of Science grounds; and we will learn something about their lives. The rich vegetation on campus draws many birds seeking shelter, food and places to build their nests. We will meet birds that stay year-round, including the white spectacled bulbul, the hooded crow and others. In the right season, we will catch a glimpse of the birds that migrate to Israel and winter at the Institute ‒ like the wagtail ‒ as well as the migratory birds that pass through Israel on their way from Europe and Africa and back.

Naama Luria Arbili is the third generation of a farming family from Moshav Beit Shearim in the Jezreel Valley. A true “nature girl” with a rural education, she has a deep love and connection with Israel, the land, and its plants and landscapes. She began gardening seriously when she was 16 years old and in 2001, completed her landscape architecture degree at Ruppin College. Having previously served for seven years as the deputy director of the Gardening Department at the Weizmann Institute, she is intimately acquainted with every tree and garden on campus.

Naama currently lives with her family in Moshav Beit Shearim and works in an agronomists’ office in Haifa. Naama is a co-founder of the Israeli Association of Landscape Architects and is active in “green” and environmental volunteering. She also loves photographing flora and nature.

Dr. Michal Chacham is a cultural researcher who studies the daily life and visual culture of the Jewish settlement during the Yishuv and the first years of the State of Israel. She is a lecturer at Shenkar College, the Open University and Beit Berl and gives lectures to the public on topics related to Israeli society, culture and art. She also curates private collections.

Dekel Goodovitch began his architectural studies at the Design and Architecture Workshop and completed them at the Technion in Haifa, where he was included on the Dean’s List. During his studies, he was a tour guide for the Society for the Protection of Nature and for public schools. Since completing his degree in 2001, he has been active in many aspects of architecture:

Tomer Dekel - Art, Science, and Everything in Between

Tomer Dekel is an artist and tour guide specializing in Israeli art. He has extensive knowledge of both Jewish cultural treasures and rejuvenated Hebrew culture, bringing these to light in events, tours and lectures.

Dekel has exhibited his art in a number of exhibits, including a highly-regarded solo exhibit immediately after his graduation from the Bezalel Academy of Art and Design. Dekel is currently studying for an MA in Jewish history at Ben-Gurion University, and he is writing his thesis on the expressions of fragmented consciousness of traditional versus modern Jewish identities as expressed in early Israeli art.

Uri Moran is a veteran bird watcher who has worked for nearly a decade in the Department of Plant and Environmental Sciences at the Weizmann Institute of Science. As a child, Moran would plant acorns in the ground, hoping to renew the ancient oak forests; as an adolescent, he successfully saved old oak trees that were slated for destruction due to urban development. He has been a tour guide for the past three decades, including guiding for birding tours and moonlight hikes.

Moran holds a BSc in biology and an MSc that combined birding, environmental sciences and cognitive scientific research. He is one of the founders of the Institute's bird watching club and serves as its director. The club holds lectures and tours on bird watching and trees at the Institute. Moran was also an early advocate for preserving open spaces in Israel. 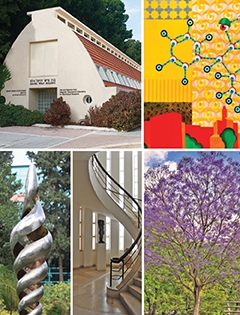