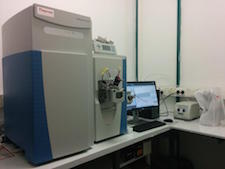 This instrument combines the high mass accuracy, sensitivity and high resolving power of the Orbitrap mass analyzer together with an extended mass range (EMR) option to enable the analysis of large protein complexes. It also incorporates the recently developed ability to select a high mass precursor ion for MS/MS analysis. 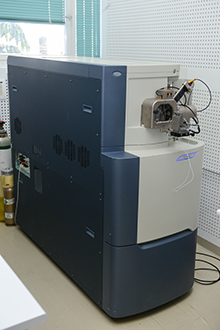 A Waters quadrupole/travelling wave ion mobility/time-of-flight mass spectrometer adapted for high mass measurements. Ion mobility measures the time it takes for an ion to travel through a tube densely filled with an inert gas. The ion’s transit time is dependent not only on mass and charge, but also on the overall shape of the analyzed protein complex. The measured drift times can then be converted into collision cross-sections which, in turn, can be related to the conformation of the analyzed assembly. 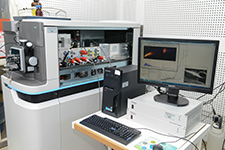 The newer generation of Waters Synapt instrument with improved ion mobility separation power and high resolution mass spectrometry. The instrument has a modified quadrupole mass analyzer capable of selecting ions up to 32,000 m/z in addition it has modified to include a surface induced dissociation (SID) device. The instrument is used for structural characterization of large protein complexes. 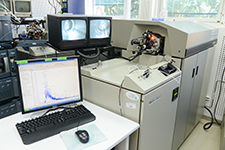 This is a quadrupole Time-of-Flight (QToF) instrument designed and modified for high molecular weight analysis. We use this instrument for MS and MS/MS analysis of protein complexes. 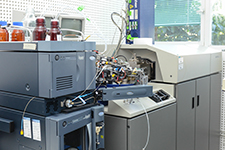 This is a tandem mass spectrometer with the hybrid quadrupole time-of-flight configuration designed for protein identification and characterization of posttranslational modifications . The instrument is coupled to Nanomate robot and NanoAquity UPLC system for intact protein analysis. 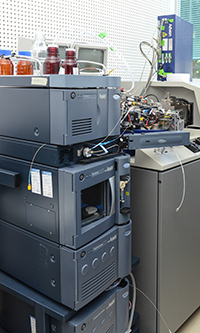 The nanoACQUITY UPLC system is used in our lab to separate the composing subunits of protein complexes from one another. The system is coupled to the QSTAR Elite instrument to enable protein intact mass measurements for identifying the array of distinct variants of a single subunit that are incorporated into the complex, possibly exposing the combinations of PTMs that might occur and the interplay between neighboring modifications. 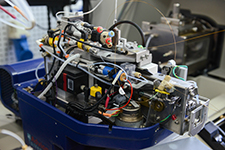 This robotic system enables to split the liquid chromatography eluted flow into two. One fraction can be then sprayed directly into the mass spectrometer to accurately determine intact protein mass, whereas the second fraction is fractionated by the system in a time-based manner into a 96-well plate. 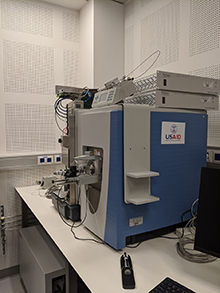 This equipment generously provided by USAID from the American People 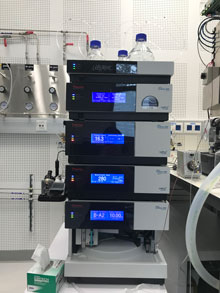 The UltiMate 3000 HPLC system is equipped with a dual pump system which allows 2-dimensional separation using two different columns. The system is coupled to the Q-Exactive UHMR instrument and is used for the analysis of large protein complexes from crude samples.