How deep is the Great Red Spot

Jupiter's Great Red Spot (GRS) is the most dominant and long-lived feature in Jupiter's atmosphere. However, whether this is a shallow atmospheric feature or a deeply rooted vortex has remained an open question. The recent gravity measurements, performed by the Juno mission, enabled the analysis of Jupiter's zonal flows that were found to penetrate to depth of 3,000km below the cloud-level. This analysis was based on several Juno tracks in which high precision gravity measurements were obtained, alas none of them went over the GRS. The only Juno perijove to date to occur over Jupiter's GRS (PJ7) was devoted to determining ammonia and water abundance in the region, resulting in a gravity measurement based on a lower quality signal. The microwave analysis indicated that the winds in the GRS region extend to depth of at least a couple hundred kilometers, placing a lower limit on the depth of the winds there but not an upper one.

We study results of the gravity analysis of the PJ7 gravity measurements and use it to constrain the mass density variations associated with the GRS. Moreover, we discuss the potential of additional gravity overflights to provide stronger constraints on the structure of the GRS and its vertical extension below the cloud tops. We explore the possible gravitational signature of the vortex by systematically extending the surface winds into the interior and analyzing the resulting density perturbations. The flow-density relation is based on a thermal wind balance in both the zonal and meridional components of the wind, enabling the calculation of the full horizontal density gradients resulting from a given flow structure. The density gradients are used to calculate different scenarios of gravity anomalies that are then compared to the expected accuracy in potential gravity measurements at the GRS location. 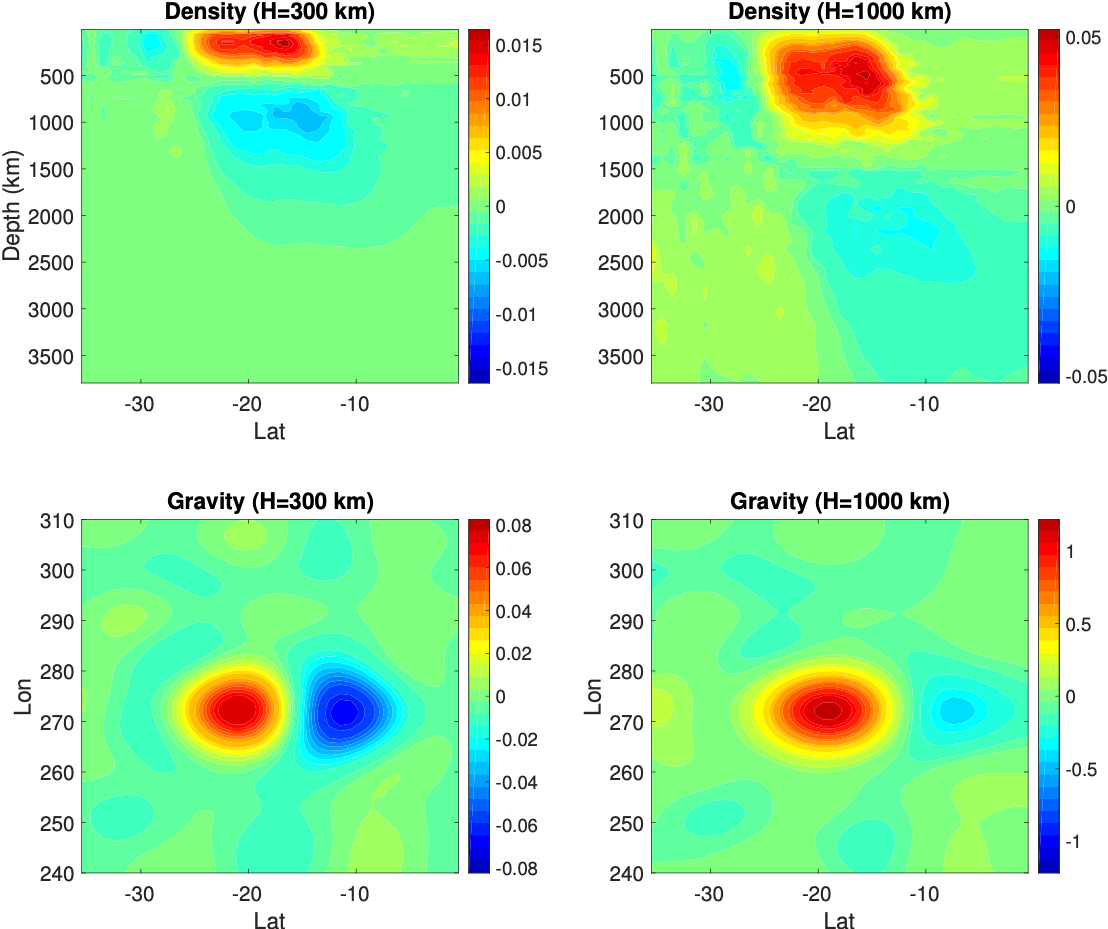