This Home Page outlines my efforts over the past two decades in the topics Titled above. The common thread running through this work is Crystallization. The most virulent form of human malaria is caused by the parasite Plasmodium falciparum. Strangely enough crystallization of the malaria pigment (otherwise known as hemozoin) by the parasite in infected human red blood cells is a crucial step for its survival. But this process is also the parasite’s Achilles’ heel since hemozoin is an antimalarial drug target. Thus, we have characterized the nucleation, growth and detailed structure of hemozoin as well as the mode of action of antimalarial drugs. The second field of research deals with the nucleation, growth, and polymorphic transitions of cholesterol monohydrate, with reference to atherosclerosis, which is the thickening and hardening of arteries caused by a buildup of plague in the inner lining of an artery. This plague is made up of various deposits, in particular crystalline cholesterol monohydrate.H2O. With regard to the project involving laser-induced nucleation of ice, the aim was to induce homogeneous and oriented nucleation of hexagonal ice using pulsed green laser beams. This was eventually achieved and monitored by 100 psec pulsed synchrotron X-ray beam. 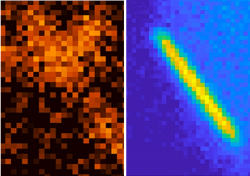 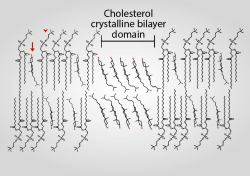 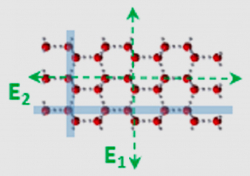 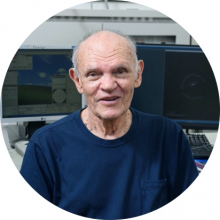