Dr. Yohai Kaspi of the Department of Earth and Planetary Sciences is the principal investigator on an experiment that will be sent to that planet aboard the JUICE (JUpiter ICy satellite Explorer) spacecraft, a mission planned by the European Space Agency (ESA) to investigate the properties of the Solar System’s largest planet and several of its moons.

This experiment, one of 11 to be included in the mission, known as 3GM (Gravity & Geophysics of Jupiter and Galilean Moons), is a collaboration between Dr. Kaspi’s team and scientists from the University of Rome. The Israeli group, with funding from Israel’s Ministry of Science and Technology, is providing an atomic clock built by the Israeli company AccuBeat; the Italian team will add a radio beam. When focused on the planet, the beam will penetrate the upper layers of its atmosphere, and the clock will time the radio waves as they pass through the planet’s atmosphere.

This set-up will give researchers valuable information on the composition of Jupiter’s atmosphere. During scheduled “flybys” of three of Jupiter’s moons, the apparatus will measure variations in the gravitational fields, which are expected to help researchers map the liquid oceans that are thought to lie deep beneath their frozen exteriors. Many planetary scientists think that if life on other planets is found - most likely microorganisms—it will be found in these oceans.

Working with AccuBeat, a designer and manufacturer of timing devices used in aerospace, defense, and telecommunications, Dr. Kaspi and his team are currently planning the assembly of a clock that is so accurate it would lose less than a second in 100,000 years, and strong enough to survive the eight-year one-way trip and still function in the harsh conditions of space. Their design was recently approved for flight by ESA, but launch day is six years away—in 2022—and there is plenty of planning yet to be done.

“This will be the first-ever Israeli-built instrument to go beyond Earth’s orbit,” says Dr. Kaspi. “These measurements will allow us to learn valuable information about the structure of Jupiter’s atmosphere and about what is driving the strong jet streams and storms on this planet.”

Dr. Yohai Kaspi is funded by The Helen Kimmel Center for Planetary Science. 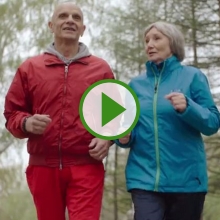 In pursuit of a better, longer life

Scientists at the Sagol Institute for Longevity Research are making sure we stay young, strong, and healthy. 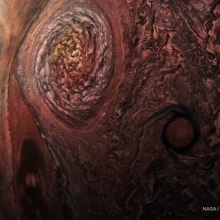