A team from the Technology in Education Unit (TiEU) of the Davidson Institute of Science Education, led by Dr. Yossi Elran, developed “The Brain” app (in Hebrew) to do just that. Immediately after its launch in March, it climbed to the top of the Israeli download list on iTunes and stayed there for six consecutive weeks.  The Android version spent a whole month at the top of Google Play’s charts. It won the “best product launch” competition by the Israeli Marketing Association.

So how does it work? Users are presented with scientific riddles in the form of images and figures - all inventions of the experienced science educators at the Davidson Institute. Before answering the question, you first need to understand what the question is, just from viewing the image: There are no questions. With each correct answer the user earns points, which they can exchange for clues or outside consultations. Once they get enough right answers, users advance to more challenging stages, with harder questions and higher scores per answer.

The app features a slick design, easy interface, and advanced sharing capabilities – including the ability to share a single question with your friends via Facebook and WhatsApp.

Most regular apps have relatively short lifespans.  But the Brain App’s “buzz” isn’t fading away. In fact, the app continues to have 2,500 logins per day, prompting the Davidson Institute team to keep launching new riddles. The effects are remarkable: Not only have some users developed websites and apps with answers to the app’s puzzles, but some answers have already started to take the top places in Google searches. For a time, for example, if one searched “beer” in Hebrew on Google, the auto-complete suggested the unusual phrase “beer and chromosomes”—a description of a riddle from the app.

According to Dr. Elran, such behavior by users - who range from very young children to entire families and adults - testifies to the core reason for the Brain App’s success: “When you offer pure scientific content in a presentable and accessible way,” he says, “it triggers curiosity and inspires true learning.” This passion for science often leads to competition over top-ranking scores, the most curious of which was between a renowned Israel Prize winner in chemistry - and a 7th grade student. Remarkably enough, the teenager won. 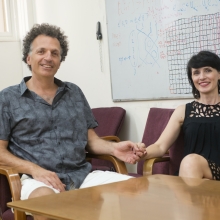 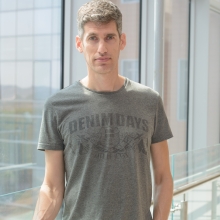 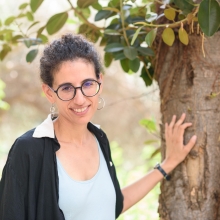