Inside the mind of mitochondria

when most people hear the term “mitochondria,” their mind usually conjures up the hackneyed adage they learned in high school biology class: “Mitochondria are the powerhouse of the cell.” It is true—mitochondria are instrumental in breaking down the sugar we consume into usable energy. However, according to Dr. Tslil Ast, a new principal investigator in the Department of Biomolecular Sciences, this tiny organelle has an even more fundamental function. Namely, to create the “helper molecules” within the cell, called iron-sulfur (Fe-S) clusters.

Found within all living organisms, Fe-S clusters are believed to be among the most ancient compounds embedded within proteins—ones that existed in the “primordial soup,” and might even have facilitated the evolution of life. Comprised of two or more iron atoms bridged by sulfur ligands, Fe-S clusters are covalently bound to a wide array of proteins essential to the maintenance and regulation of many fundamental life processes: DNA maintenance, protein translation, respiration, nucleotide biosynthesis, and more. Existing both inside and outside the mitochondria, these helper molecules operate like an electrical wiring system for the cell, transmitting electrons within and between proteins and enabling numerous versatile tasks, such as modulating gene expression and coordinating protein conformational changes during DNA replication and repair.

In light of their many vital roles, it is not surprising that a reduction in Fe-S clusters leads to a variety of human diseases and disorders that damage the nervous system, impair motor function, and more.

Over the past 20 years, painstaking biochemical and biophysical studies have shed considerable light on the enzymes that allow Fe-S clusters to form within the cell. This work has revealed that the mitochondria is the heart of the “Fe-S cluster reactor.” However, many central questions remain unanswered: Where else are clusters “hardwired” in the cell? What role do cellular processes play in the formation of these clusters and,

conversely, how do iron-sulfur clusters affect other cellular processes?

Answering these questions is key to understanding how mitochondria operate in both health and disease, and these are the questions Dr. Ast will be asking in her new lab at the Weizmann Institute.

Pulling back the iron curtain

During her postdoctoral research at the Broad Institute of MIT and Harvard, Dr. Ast studied Friedreich’s ataxia—the most common mitochondrial disease in humans, which causes progressive nervous system damage and movement problems. Usually manifesting between the ages of five and 20, this degenerative disease occurs when mitochondria are unable to properly produce iron-sulfur clusters. Patients experience difficulty walking, impaired speech, and a loss of sensation in their arms and legs, which worsen over time. Sadly, these patients oftentimes develop cardiac complications during the course of their disease as well, which leads to premature death.

Dr. Ast found that oxygen deprivation—also known as hypoxia—actually counters the effects of Friedreich’s ataxia by boosting Fe-S synthesis and triggering pathways that upregulate cellular iron uptake. She is currently searching for ways to translate hypoxia into practical therapies for patients with Friedreich’s ataxia.

Having joined the Weizmann faculty in September 2022, Dr. Ast is diving deeper into the study of iron-sulfur clusters. Her research will focus on understanding the consequences of Fe-S cluster depletion on the cell, identifying genes that regulate Fe-S clusters, and compiling an inventory of human Fe-S proteins.

By uncovering the components that make up and regulate the Fe-S pathway, Dr. Ast’s work could potentially identify therapeutic targets in iron-sulfur cluster-related diseases and reveal how more general forms of mitochondrial diseases, like obesity and diabetes, are tied to this ancient pathway.

The road back to Weizmann

Born in Israel, Dr. Ast has always had the curiosity of a scientist—a quality she says was strongly encouraged by her parents, who would regularly take her and her siblings on long hikes outdoors, during which they would point out the science behind natural phenomena they encountered along the trail.

“My father is also a biologist and his enthusiasm for the natural world always bubbled over to us,” she reminisces. “We were constantly performing one experiment or another. I remember collecting a couple of queen ants and building an ant farm in a bottle. I would just sit and stare at it for hours.”

Dr. Ast is no stranger to the Weizmann Institute of Science, having completed her MSc and PhD degrees in Prof. Maya Schuldiner’s lab in the Department of Molecular Genetics.

“I am thrilled to be coming back, Weizmann is like a second home,” she notes. “There are many reasons I decided to return, not least of which are the world-class resources that will be available to me. But I think the key aspect that drew me back to the Institute is its collaborative spirit. There’s such a strong tradition and emphasis on collaboration at Weizmann, and I think that this opportunity—to work with and draw inspiration from brilliant researchers—will really elevate my own research.”

She and her husband Shachar, also a biologist, recently welcomed their second child shortly after returning to Israel. Dr. Ast is looking forward to beginning this new adventure in her life, as both her family and her career grow.

“I think scientists are this era’s explorers,” she says. “The people who are venturing into some of the last unknown frontiers in the world. There is no better feeling than that moment of discovery, when you realize, even if it is only for a few milliseconds, that you are the only person in the world that knows this piece of information. That feeling always sends chills down my spine.” 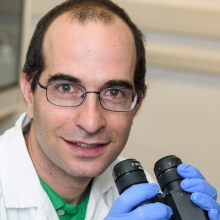 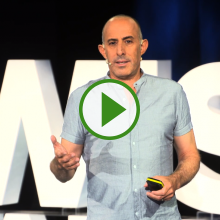 Humans have been measuring time since their beginnings. Prof. Roee Ozeri shows the importance of time keeping for endeavors from navigating the seas to finding dark matter. 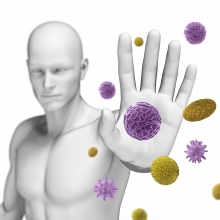