Groundwater is a precious resource for humankind and presents a fascinating challenge for scientists. How much is there? How salty is it? What kinds of minerals and pollutants are present? How long does it take to circulate and recharge? These are all vital questions for a world dependent on water, and especially for the Middle East, where fresh water is scarce.

Dr. Yael Kiro is a geochemist who uses chemical clues to read the environmental record preserved in groundwater, sediments, and rocks in order to answer these kinds of questions.

As a PhD student, Dr. Kiro developed a new concept for using radioactive isotopes to estimate the age of groundwater systems and to track the circulation of water in aquifers deep underground.

Geologists and geochemists like Dr. Kiro can also read layers of sedimentary rock like a book that reveals hundreds of thousands of years of history. Using 1,500 feet of core samples from the bottom of the Dead Sea, Dr. Kiro co-led an international study that showed evidence of two “mega” droughts: one that began approximately 120,000 years ago, when average global temperatures rose about four degrees Fahrenheit, and another from about 10,000 years ago, following the last ice age. With water levels in the Dead Sea dropping since the 1960s, at a rate of more than one meter per year in the past few decades, and rainfall down about 10 percent on average, her research suggests that the region could be headed for another severe dry spell.

In the Weizmann Institute’s Department of Earth and Planetary Sciences, Dr. Kiro will be expanding her research to study the circulation of seawater and groundwater in aquifers beneath the coastline of Israel and the Mediterranean, and compare these findings to other coasts around the world. About half of the world’s population lives in coastal regions and relies in part on groundwater from coastal aquifers. The interface between land and sea, and the interaction between groundwater and seawater, presents a complex and interconnected system. Understanding these dynamics is important for practical purposes, such as water management, but there are still many unanswered questions for geochemists.

The geologic record can also reveal past climate changes and provide solid information for environmental and climate models that are essential for making predictions.

Dr. Kiro’s awards and honors include the Prof. Raphael Freund Award from the Israel Geological Society for outstanding papers in the geological sciences in 2017, and the Prof. Yaacov Bentor Award in 2014 for outstanding PhD work on the geology of Israel. She was awarded a postdoctoral fellowship for Excellent PhD Students from the Hebrew University in 2014, a Wolf Foundation Scholarship for Excellence in 2011, and a Harry and Sylvia Hoffman Leadership and Responsibility Program Scholarship for Excellent PhD Students from 2009 to 2012. In 2009 and 2010, she was granted a Rieger-Jewish National Fund Fellowship in Environmental Studies and received the Israel Association of Water Resources Goldschmidt Award for Young Scientists in 2010. In 2009, she did a three-month internship with the U.S. Geological Survey funded by the United States – Israel Binational Science Foundation (BSF), and in 2008 she won the Israel Association of University Women prize. 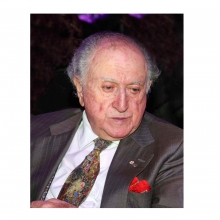 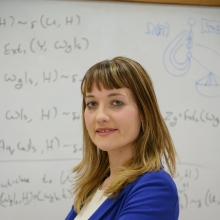 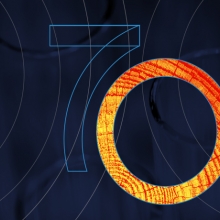 The Weizmann Institute bestowed honorary doctorates on eight distinguished individuals whose contributions to society have had a tangible and celebrated impact.