From the treacherous waters of Homer’s “The Odyssey” to the guild of Faceless Men on HBO’s Game of Thrones, the phenomenon of shapeshifting—the fantastical ability of a creature, or object, to change in appearance—has timelessly thwarted the plans of gods and men throughout mythological folklore. Working hand-in-hand with engineering collaborators, Dr. Hillel Aharoni is the theoretical architect behind programs that train rubberlike sheets to adopt a 3D shape when heated and then revert to a flat plane when cooled again.

Pre-programming shapes to form and then deform in a specific way could be critical to the creation of future drug delivery mechanisms, architectural designs, aerospace equipment, flexible electronics, and artificial skin—or even faces—for burn patients.

“The ultimate goal is to have a universal design scheme,” Dr. Aharoni says. “We want the ability to have a flat sheet and tell it to make a specific shape and go back to being flat when we want it to.” During his postdoctoral fellowship at the University of Pennsylvania, Dr. Aharoni and his colleagues incorporated a numerical approach that enabled a rubberlike material—known as liquid crystal elastomer sheets—to morph into spheres, leaves, and eventually even faces—a more complicated task due to the subtleties that dictate curvatures. Today, he is continuing this work with collaborators at the Weizmann Institute—Dr. Efi Efrati and PhD student Itay Griniasty, in the Department of Physics of Complex Systems—employing an analytical approach to optimize the development of more robust, less residually stressed surfaces.

“The question is, given such materials, how do you choose the direction of shrinking at every point, in order for the shape to change in a very specific way?” he asks. Such versatile materials could have a multitude of applications, enabling scientists and engineers to construct pluripotent objects—objects with a range of characteristics and capabilities—such as flat sheets capable of forming into a face with one signal and into an apple with another. In drug delivery, a capsule could hold a drug and release the medicine in a certain environment, and then continue its mission and release a second medicine elsewhere, he adds.

Dr. Aharoni likens the deforming process to a futuristic shopping experience for an IKEA sofa. Today, shoppers purchase pre-cut pieces, assemble them, and take them apart when they want to replace or dispose of the item. An IKEA sofa made from pluripotent materials, on the other hand, would arrive in a flat box with multiple buttons that could allow the shopper to change furniture design with ease—enabling the sofa to remold itself rather than replacing it.

“The applications are really endless,” he says. “My job is to find out how you can use such materials to make everything that you want. Later on, other people will think of more applications.”

Hailing from Kibbutz Yifat in northern Israel, Dr. Hillel Aharoni completed his BSc in physics and mathematics, followed by his MSc and PhD in physics, at the Hebrew University of Jerusalem—graduating in 2015. He then moved on to the University of Pennsylvania’s Department of Physics and Astronomy, where he completed a postdoctoral fellowship under the supervision of Prof. Randall Kamien. In 2019, he joined the Department of Physics of Complex Systems at the Weizmann Institute of Science.

During his PhD studies, Dr. Aharoni was the two-time recipient of a Racah Prize for Excellence in Research and Teaching. As a postdoctoral fellow, he earned an ILCS Early-Career Award: the Michi Nakata Prize from the International Liquid Crystal Society. Dr. Aharoni has had a lifelong passion for science, having grown up with parents who are both biologists. In his spare time, he enjoys playing chess, as well as spending time with his children and his wife—a sociologist, writer, and comedian. 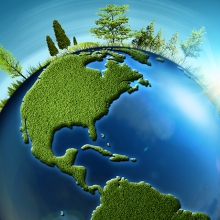 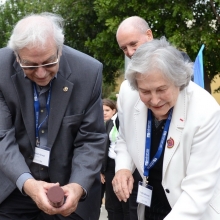 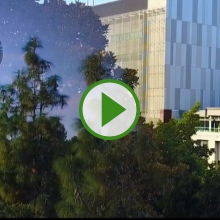