The Canadian-Israeli architect, philanthropist, and international real estate magnate was 92.

“We have lost a dear friend and remarkable visionary, a man of few words but of great deeds that has left a great and lasting mark on the worlds of architecture, philanthropy, and science,” noted Weizmann Institute President Prof. Daniel Zajfman.

Azrieli’s remarkable life story began in the town of Maków Mazowiecki, Poland. He fled the Nazi invasion into Russiancontrolled territories at the age of 17, eventually arriving in Baghdad as a member of the Polish Anders Army. There, he joined the Zionist cause and traveled with Iraqi Jews to what was then British Mandate Palestine where he fought in Israel’s War of Independence. In 1954, he immigrated to Canada and established a design, real estate development, and property management business that eventually grew into the Canada-based international company Canpro Investments Ltd. that, together with its sister company, the Tel Aviv-based Canit Investment, Management and Finance Ltd., built a string of office buildings, high-rise residences, office towers and shopping centers in Canada, the U.S., and Israel. The architectural and design know-how which David Azrieli imported to Israel in the 1980s led to a finance and retail revolution with the rise of the closed shopping mall concept. He orchestrated the establishment of more than a dozen such malls throughout the country, most notably the iconic Azrieli Center - the largest mixed-use commercial complex in the region.

Azrieli’s passion for his life work was matched by his devotion to philanthropy. He established the Azrieli Foundation through which he directed the majority of his charitable activities to the two countries he cared for most - Canada and Israel. As part of these efforts, the Foundation helped to promote Israeli science through the Azrieli Fellows Program, which distributes competitive research fellowships to outstanding students. To date, 16 have been awarded to Weizmann Institute students.

In a tribute to his impressive life achievements and devotion to the State of Israel, science, and philanthropy, the Weizmann Institute bestowed upon David Azrieli a degree of PhD honoris causa in 2012. Another special moment was the celebration of his 90th birthday at the Weizmann Institute’s Global Gathering in Montreal, Canada, in 2011.

In 2011, David and the Azrieli Foundation established the Azrieli Institute for Systems Biology. In making the transformational gift that established this entity, Azrieli has already influenced the work of some 150 scientists and students on campus in a highly innovative field.

The example set by David and his wife, Stephanie, is not lost on their four children, Naomi, who heads the Azrieli Foundation; Danna, who is Chairman of the Azrieli Group Ltd.; Sharon, a wellknown opera singer; and Rafi, who are all committed to continuing his legacy. 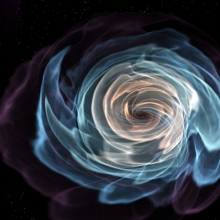 Gifts from the stars

At the Weizmann Institute, examination of electromagnetic radiation produced by August’s neutron star collision is helping to explain how relatively rare heavy elements, such as iodine, uranium and gold, may have been created. 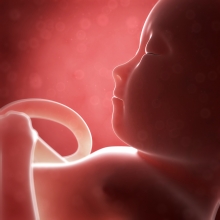 A Weizmann Institute study has revealed unprecedented detail about the placenta, which, if developed further and applied to humans, could help detect fetal distress caused by disruptions in the placental flow.

BiomX, a company based on the research of Rotem Sorek and Eran Elinav, is planning future treatments for Crohn's disease, colitis, and even cancer.