Some drugs are just too hard to design using standard methods. So Dr. Nir London, a new recruit to the Department of Organic Chemistry, is doing something new: He is bridging a critical gap in computer-assisted drug discovery programs, one that avoided a powerful class of drugs because they were too complicated to design.

In conventional drug discovery, once scientists discover a possible “target,” such as a protein that controls an important step in a disease process, pharmaceutical companies screen huge libraries of small molecules, testing for candidates that bind effectively to the target - to either inhibit or stimulate it - without disrupting other systems in the body. Despite automated robots, this approach is expensive, often wasteful, and turns up many false positives that must be tested and eliminated.

Computer models have taken much of the guesswork out of finding compounds that dock with a target molecule. But until very recently, they could not predict those that would form a covalent bond - chemical bonds that require the sharing of electron pairs between atoms. Covalent bonds are one of the strongest chemical bonds that exist.

“The ordinary binding of a small molecule to its target site can be thought of like fitting two puzzle pieces together,” says Dr. London. “Now think about gluing them together as well - that is the strength of a covalent bond. It is virtually unbreakable and with the right chemistry, irreversible.”

Many common and effective drugs such as aspirin and penicillin are based on covalent bonds. However, these and most other covalent drugs were discovered by serendipity, rather than by design. That’s because compounds forming covalent bonds can also be promiscuous, binding with many targets, not just the one selected as the target for a potential drug. As a result, they can potentially interfere with healthy processes as well as disease targets. Therefore, computer-assisted drug design programs used by academia and pharmaceutical companies did not even look at covalent bonds.

As a postdoctoral fellow in the Department of Pharmaceutical Chemistry at the University of California, San Francisco, Dr. London designed a set of programs that could evaluate the precise structural fit for new compounds that would form covalent bonds that were target-specific, not promiscuous. Using this software, Dr. London identified potential new candidates for designing drugs to overcome resistance to cephalosporin-based antibiotics. He also reported the first covalent compounds to bind with an enzyme that is a potential therapeutic target for new drugs for autoimmune diseases such as rheumatoid arthritis. These findings prove the effectiveness of his new techniques, which have the potential to create faster and more efficient drug discovery pipelines and a wider range of potential drugs.

Since joining the Weizmann Institute, Dr. London has been building his team of scientific partners and creating his dream lab, which will combine computer scientists who will develop and improve the existing computational methodologies and predict novel compounds; chemists to synthesize these new compounds; and biologists to test them in various disease models. “I benefit from the interdisciplinary nature of the Weizmann Institute a great deal, having the Departments of Structural Biology and Biological Chemistry right nearby. The Weizmann Institute is truly a great institute for interdisciplinary research,” he says.

“A main focus will be new compounds for cancer, and we will build our own early discovery pipeline - complete with computer modeling, chemical synthesis, and biological testing,” he says. One major project will be looking for new personalized medicine candidates that can form covalent bonds with specific oncogenic mutations in the cancer-fighting gene p53 that have been identified by Weizmann Institute p53 experts Profs. Varda Rotter and Moshe Oren in the Department of Molecular Cell Biology.

Dr. London is supported by the Ruth and Herman Albert Scholars Program for New Scientists 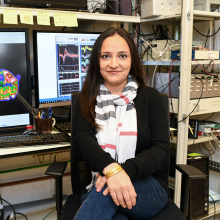 ״Being in a place where we are able to do cutting-edge research, and working in an environment where every day comes with a new set of challenges, is perfect for me.” 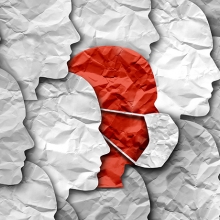 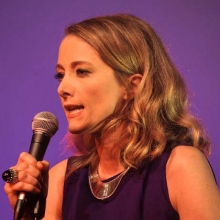