Ultrasound, a common and vitally useful diagnostic tool, is a veritable black box. The device produces datasets so massive that they are essentially inaccessible within the machine; the quality of the resulting image is almost entirely due to the skill of the technician performing the exam. Prof. Yonina Eldar wants to change that. With her innovative algorithms for signal processing and her efficient sampling schemes, Prof. Eldar is democratizing the data at the crossroads of science, medicine, and engineering.

The halls of basic science might seem an odd choice for an electrical engineer, but Prof. Eldar knows that the collaborative and interdisciplinary atmosphere of the Weizmann Institute is exactly what she’s looking for.

Prof. Eldar, who joined the Department of Computer Science and Applied Mathematics as a full professor earlier this year, was previously a faculty member at the Technion. Originally from Toronto, Prof. Eldar made aliyah with her family when she was six. She received BSc degrees in physics and in electrical engineering from Tel-Aviv University, and earned her PhD in electrical engineering and computer science from the Massachusetts Institute of Technology. Prof. Eldar was a Visiting Professor at Stanford University from 2009-2014, and is currently a Visiting Professor at MIT, a Visiting Scientist at the Broad Institute, and an Adjunct Professor at Duke University.

She specializes in developing algorithms for signal processing—parsing the signal from the noise—work that has major applications for medical imaging, including ultrasound and magnetic resonance imaging data. It also is poised to influence computational biology, high-resolution microscopy, and improved data storage, radar, and communication.

With a lifelong passion for mathematics and physics, Prof. Eldar delights in the immediate applicability of signal processing research for the good of society. “The motivating factor is less the device itself, but rather what it can do for people,” she says.

With a well-established and successful career in engineering, Prof. Eldar is increasingly interested in working at the interface of engineering, medicine, and basic science. A critical mass of excellence in biology and physics, combined with a palpable cooperative spirit, makes the Weizmann Institute an “ideal place” to work, she says.

Ultrasound is a perfect illustration of Prof. Eldar’s work at the interface of those areas. Cheap and safe, but also clumsy and clunky, ultrasound produces an excessive amount of data during scans, much of which is lost in the process of forming an image. As a result, scans must be conducted by specially trained technicians, and the data underlying the image cannot be analyzed or mined for additional insights.

Her innovative approach is to develop a signal-processing paradigm that boosts the informative value of the data—the signal—while also decreasing the amount of data collected and the computational load. The new data acquisition paradigm takes advantage of recent advances in cloud computing, which can accelerate data-processing time dramatically and enable easy access all over the globe. The resulting increase in salience and reduction in data rate will not only make everyday ultrasounds portable, accessible, and simpler to conduct, but also enhance the quality and informative value of the image.

Moreover, with the data pulled out of the ultrasound machinery’s black box, anyone with an interest in bioinformatics and signal processing will be able to develop new and better ways to analyze the data. This “democratization of data,” as Prof. Eldar puts it, is the key to applying advances of basic computational science to medicine, for the benefit of countless people around the world.

A prolific author, Prof. Eldar has received numerous awards and accolades for academic and scientific excellence throughout her career. She was elected to the Israel Committee for Higher Education in 2012 and the Israel Academy of Sciences and Humanities in 2018. Prof. Eldar is the Editor-in-Chief of Foundations and Trends in Signal Processing, and an associate editor for several journals in the area of signal and image processing. She was selected as one of 50 distinguished women scientists in Asia in 2018. Prof. Eldar is the co-owner of 20 patents, serves as a consultant to several hi-tech companies, and sits on the board of directors of two companies.

Prof. Yonina Eldar is supported by the Benoziyo Endowment Fund for the Advancement of Science, the Estate of Manya Igel, and Olga Klein-Astrachan. 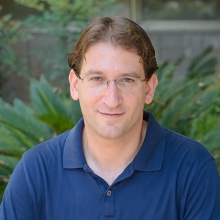 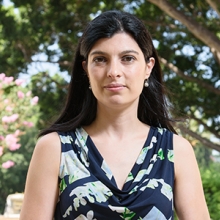 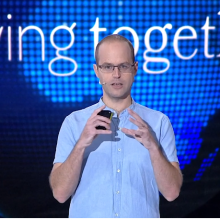 A dynamic, digital International Board

More than 1,200 people took part in the Weizmann Institute of Science held its 72nd Annual General Meeting of the International Board.