When Tom and Mary Beck took a trip to Israel in the 1960s, they witnessed drip irrigation farming for the first time; they were enthralled and asked their guide how they could learn more. The Toronto couple were directed to the Weizmann Institute of Science, and made their first visit to campus. It’s an anecdote their children Cathy, Liddy, and Anthony heard many times growing up. “Mom loved the campus gardens and was drawn to the success story of Israeli agriculture, and Dad loved the science, and they didn’t look back,” recalls Cathy Beck.

“Having grown up during the war, they felt that everything could be taken away from you, but not an education. Weizmann spoke to him as an engineer, and to both of them as curious people. They loved the concept of basic research—asking questions, and not knowing where they will lead—because they were people who asked questions.”

Tom and Mary Beck went on to become enthusiastic and devoted lay leaders in Canada, helping establish Weizmann Canada in the late 1960s, 70s and 80s by hosting events and leading by example—giving generously to the Institute over many years, and then passing the torch to the next generation. Cathy Beck went on to actively lead the Canadian committee, serving as chair for six years, from 2010 to 2016, and is still deeply involved today. She is a member of the Institute’s Executive Board. Under her leadership, the community of Canadian friends of the Institute enlarged exponentially, and philanthropic support in parallel, mirroring—and even surpassing—the surge of activity during her father’s leadership a generation before.

Tom Beck passed away in 2016, and Mary in 2018. A testamentary gift they left to Weizmann was open-ended, allowing the Institute to determine the most appropriate beneficiary area. Together with Weizmann leadership and in a nod to the family’s historic devotion to alternative energy research, the Beck siblings chose to allocate it to the Center for Advanced and Intelligent Materials (C-AIM), and, within it, the Tom and Mary Beck Institute for Materials for Energy and Sustainability. C-AIM is a major flagship project that will nurture research on new materials, with an eye towards applications in alternative energy, space, aeronautics, and medicine, including new materials for storing and using energy.

The Center will be named in their honor and it is a fitting legacy for a family whose name is virtually synonymous with energy research at Weizmann, whose footprint is felt across campus, and which has been foundational in what is today a flourishing Canadian circle of friends.

“Few families have had the outsized impact on the Weizmann Institute that the Beck family has had,” says Prof. Daniel Zajfman, Weizmann Institute President. “Mary and Tom were marvelous people with clear and sharp minds, warm and open hearts, and a special kind of dedication to the Weizmann Institute. These same elements are evident in Cathy’s personality too, and I often wonder if a complete sequencing of their DNA would allow us to find the Beck genes behind smartness, love, and commitment.”

Tom Beck was born in 1926 in a small town in Hungary, where he lived until the age of 13. Uprooted by the advent of World War II, he and his mother, Theresa, made their way to England in 1939. In London, Tom had an early lesson in the value of philanthropy: an anonymous donor sponsored his high school tuition. He became a top all-around athlete, and was a great student, particularly in physics and math. He went on to university and received a degree in high voltage engineering.

Meanwhile, his mother moved to Toronto to join her brother, and Tom followed suit in 1950. It was there that he met Mary—also Hungarian, from Pest, who had survived the war in a convent. Mary had immigrated to Canada in 1952, and they met a year later. “Dad was smitten by her, and his love never wavered for the next 60 years,” says Liddy. “They were so devoted to each other.”

Tom and his mother took out a $2,000 line of credit (which they never used) and bought a small business manufacturing electric cords. The Becks found a way to manufacture high quality, aesthetic products at low cost. In 1963, they bought Noma Lites (Canada) and made their foray into the Christmas market.  Later renamed Noma Industries Limited, it quickly became one of the largest producers of Christmas tree lights in North America.
Tom and Mary worked tirelessly to build their electric lights and components business. Mary put her touch on every aspect of the business, paying attention to small details and the aesthetics. They also involved their children in their work—Cathy and Liddy recall driving around the city for hours with their father in the cold of December to check out the Christmas lights.

In their business as at home, the Becks “had a clear sense of right and wrong, and they were ambitious, tough but fair,” says Cathy. “Just as they set high bars in their work, they also had high expectations for us, wanting us first and foremost to be independent but also giving to others.”

Cathy went to work for the company at age 22, eventually serving as chief executive (and later selling the company). Starting in her early 50s, she carved out half her week for philanthropic endeavors—a decision, she says, that mirrored her parents’ own paired commitment to earning and giving. Her first success story was keeping alive a local music school for underprivileged kids that was on the brink of closure, through a fundraising drive and strategic overhaul.

“Our parents talked a lot about the importance of philanthropy,” recalls Cathy. “They always gave—if you had a roof over your head and food on your plate you could afford to give. Philanthropy was second nature to us. Even when we got summer jobs as teenagers, Dad would ask, ‘How much of your paycheck are you giving to charity?’”

Tom and Mary Beck gave generously to dozens of organizations, but their biggest beneficiaries were the Weizmann Institute and the Toronto Symphony Orchestra (where Cathy is Chair today, and where her parents also held leadership positions). At Weizmann, Tom was a Life Member of the International Board, served as Deputy Chair of the Board, and served on its Executive Council and Executive Committee. He was President of Weizmann Canada from 1985-1990, when he was a moving force behind a series of collective Canadian fundraising campaigns on behalf of the Institute.

The Beck family has had an outsized impact on energy research at Weizmann—and given scientists the tools to revolutionize the field. They helped establish the Canadian Institute for the Energies and Applied Research, a wide-sweeping entity that includes the Tom and Mary Beck Solar Complex; and the Mary and Tom Beck Canadian Center for Alternative Energy Research, part of the Sustainability and Energy Research Initiative (SAERI). These initiatives provided the foundations for the alternative energy field at the Weizmann Institute, positioning the Institute as a world leader in solar energy research specifically, and it led to a snowball effect with a long stream of Canadian and other donors following suit to further bolster the field.

“It is difficult to overstate the value of the Beck family contribution to energy research,” says Emeritus Prof. David Cahen of the Department of Materials and Interfaces, who was the first director of the Mary and Tom Beck Canadian Center for Alternative Energy Research and the first director of SAERI. “It is in large part thanks to their center that fundamental renewable energy could get funded, allowing large and diverse involvement in energy research on campus. In fact, some five years after their foresight made SAERI possible, Google, in a study of its own efforts, reached the conclusion that without basic research we can’t meet the energy challenge.”

“Our parents understood the importance of alternative energy early on, long before it was popular,” says Liddy. “They saw the writing on the wall, and they invested in the future. He was interested in energy, and so thinking forward about alternative energy was not a major leap for Dad. In fact, our parents did a lot of things before it was fashionable; they were always five steps ahead. They were trailblazers.” 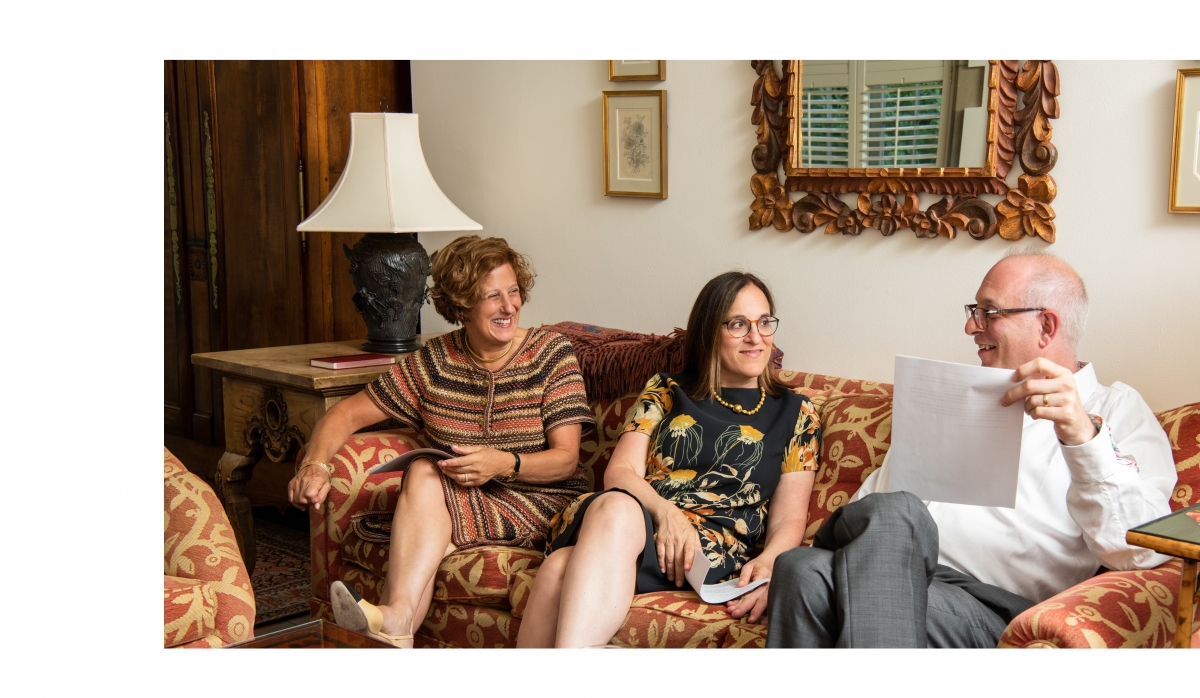 Moment of lightness: L-R, Cathy, Liddy, and Anthony Beck at their parents’ home in Toronto

It was only after the Becks began giving themselves that they began to involve their friends. “They led by example, and Dad had a way of bringing in his friends: sometimes he just called them up and told them matter-of-factly that he reserved a table at a charity dinner for them, and it was up to them to pay,” Cathy says. A 1988 Toronto dinner that Tom Beck hosted raised $8 million for the Weizmann Institute—an unprecedented sum for the time—and the Becks provided a quarter of it.

With that dinner, notes Cathy, “he launched Canada as a country that was never really on the Weizmann philanthropic map before.”

Tom received an honorary PhD from the Institute in 1991. Cathy recalls how proud and happy he was at the ceremony. As they became acquainted with other areas of science at Weizmann, the Becks continued to find new ways to make an impact. Among other gifts, Mary established the Marianne Manoville Beck Laboratory for Research in Neurobiology in honor of her parents, Elisabeth and Miksa Manoville, headed by Prof. Ilan Lampl.

When Cathy took over as Chair of Weizmann Canada in 2010, it was out of a drive to ensure that the entity that her father had worked so hard to build remain strong—and grow. “I wanted to see it thrive,” she recalls. “Over the years I absorbed my parents’ passion for Weizmann, and understood the importance of the next generation stepping up and leading. I happen to have been crazy about Weizmann starting in my 20s. It captured my imagination, and I wanted it to capture the imagination of others.”

For the next six years, she worked hand-in-hand with Executive Director of Weizmann Canada Susan Stern to nurture what has become, indeed, a thriving community. President Prof. Daniel Zajfman flew to Toronto for the first gala Cathy hosted, and when she stepped down as Chair, he made a surprise visit. Cathy says the partnership was invaluable: “We have succeeded to make Canada a leading source of philanthropic support and committed friendship by people who truly care about the Institute and Israeli science, which I attribute to our support from the scientists, and mostly to Daniel.”

The legacy gift to C-AIM, the Beck siblings say, is a logical continuation of the family’s involvement in alternative energy research, “getting closer to a sustainable future,” says Liddy. It will be celebrated—as part of a festive celebration of the longtime friendship of the Beck family—at the Closing Gala of the International Board in November.

Cathy adds, “We have all had our ideas of what we want to give to, but when it came to Weizmann, we were all touched by it, and continue to be. We all recognize how important it was to them and how important it is to have a Weizmann in this world.” 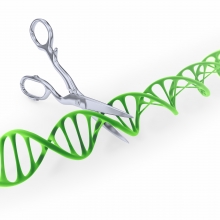 To understand how genes work, scientists need ways to control them. Changing genes in living cells is not easy, but a new method has been developed  that makes it possible to make specific changes in the DNA of humans, other animals, and plants. 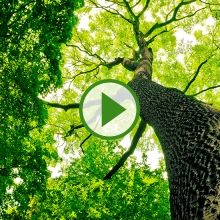 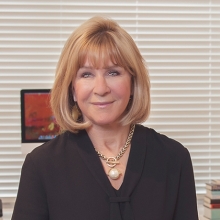