A brilliant entrepreneur with a strong sense of public service, Gerald W. Schwartz is one of Canada’s most respected business leaders. He has shared his success by supporting charitable causes in North America and Israel, together with his wife, Heather Reisman.

Schwartz was born in Winnipeg, Manitoba, and received his BA in commerce (1962) and LLB (1966) degrees from the University of Manitoba, and an MBA degree from Harvard University (1970). He began his business career on Wall Street in the 1970s. After he returned to Canada in 1983, he started Onex Corporation, a private equity firm in Toronto, where he serves as Chairman and Chief Executive Officer. Through his outstanding leadership, the company has become one of North America’s largest, with some 150,000 employees globally. In 1987, Onex became a public company. It has since made hundreds of acquisitions and built dozens of operating businesses; its activities span diverse industries on several continents. The company's success was due, in large part, to Schwartz's entrepreneurial and collaborative style of management.

Gerry and Heather married in 1982. Acting out of their individual and joint commitment to Israel and the Jewish community worldwide, the couple have made generous contributions to many causes, including education, innovation, and aspirations for peace. Schwartz has generously provided his time, energy, acumen, and financial support to help build and sustain institutions like the University of Toronto, Mount Sinai Hospital and the Schwartz/Reisman Centre at the JCC in Toronto, and St. Francis Xavier University. Together, Gerry and Heather established the HESEG Foundation, which to date has provided full academic scholarships and living expenses to more than 1,500 former lone soldiers who initially came to Israel to volunteer in the IDF and have decided to make Israel their home.

The couple's support of the Weizmann Institute is rooted in their emphasis on science education as a precursor for scientific achievement and robust industry, both of which are essential for Israel's future. In 2015, they made a major gift to establish the Schwartz/Reisman Science Education Centers, which aim to provide high-quality science education for future generations of Israeli citizens and scientists. These centers are based on the successful model center in Tel Aviv which the couple also supports.

In 2016, the couple made a second gift to the Weizmann Institute, to establish the Schwartz/Reisman Institute for Theoretical Physics, with the hope and expectation that it becomes the pre-eminent institute for the study of theoretical physics worldwide. They also support the world-renowned research of Prof. Victor Malka in the Schwartz/Reisman Intense Laser Physics Lab in the Weizmann Institute's Department of Physics of Complex Systems.

Schwartz is a director, governor, or trustee of a number of organizations. His business achievements and philanthropic endeavors have earned him numerous honors and awards, including the International Distinguished Entrepreneur Award, University of Manitoba Faculty of Management, 2003; the Canadian Business Hall of Fame; the 2005 Ernst & Young Entrepreneur and Ontario Lifetime Achievement award; appointment as an Officer of the Order of Canada in 2006; honorary doctorates from four universities, and the 2016 Horatio Alger Award. 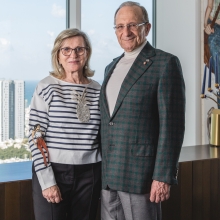 The Sagol Institute for Longevity Research will explore a vast range of factors that are associated with extending the human life span. 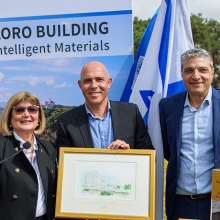 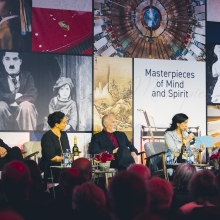