Prof. Stanley Fischer of MIT is the Vice Chair of the U.S. Federal Reserve System’s Board of Governors and was Governor of the Bank of Israel from 2005-2013, among other leadership roles. He received an honorary PhD from the Weizmann Institute in November.

A Governments can and have played a fundamental role in building up the human capital of a country. The government’s role starts with school education and goes on to include providing support for higher education, and particularly for research. That is not controversial, and even the great American private universities and other research institutes, such as the NIH, receive all or much of their research funding from government sources. This is true particularly of funding for basic research. When it comes to applying the fruits of that research, of course, the government can, and in many countries does, encourage scientific discovery and investment in modern technology through the use of tax incentives and direct funding.

Q Basic research leads to insights and discoveries that inform major developments in science and technology. What is the importance of basic research in any economy, and in Israel’s in particular?

A At least since the fundamental econometric work of Robert Solow in the 1950s, and also from economic historians, we know that productivity growth—the increase in output per unit of labor or some other input - is the key to raising living standards in any economy. Further, technological advances are the most important factor driving productivity growth. For the most advanced economies, the connections between basic research and the applications of that research in technological advances that raise productivity and living standards are abundantly clear. Less-advanced countries can upgrade their technology by importing both the knowledge and the embodiment of that knowledge in state-of-the-art equipment (capital goods).

The U.S. has traditionally been a place of considerable public and private investment in basic research. The productivity gained from applying the fruits of that research in agriculture, manufacturing, transportation, telecommunications, and most recently in information technology have been a significant factor in America’s economic success. The same has been true, especially in the past 20 or 30 years, for Israel - for while globalization has lowered many barriers to the spread of technological advances, the location of basic research still matters, as Israel’s successes in the most modern technologies demonstrates.

Q As a corollary, what role does the Weizmann Institute of Science play in Israel’s economy?

A I have seen estimates that research by Weizmann was responsible for $28 billion in sales in 2013, which is more than 10 percent of Israel’s GDP. I’m not sure of the precise details underlying that estimate, but I certainly know that Weizmann is one of Israel’s premier research institutions and widely recognized in Israel and abroad as such.

But there is a great deal of skepticism about the ability of governments to play a constructive role in the industrial use of science by picking winners - that is, engaging in industrial policy and becoming in effect a venture capitalist. The general view is that government officials are not very good at predicting winners and losers, and historically, targeted help of this kind to build “the industry of tomorrow” is often wasted. However Israel is generally cited as a counterexample - at least with regard to the role of the Chief Scientist in the 1990s. That got Israeli high tech innovation off the ground; more recently, private sector venture capital has played a larger role in financing and encouraging the applications of technology in Israel. The Israeli example is regarded as exceptional, and it is likely that other government institutions, including the army that has long understood the importance of modern technology, have also been extremely important in the development of high tech in Israel.

Q For Israel, a country whose greatest resource is brain power, why does science education matter?

A This is a question that answers itself. Israel’s greatest economic resource is and has to continue to be its brain power, especially the capabilities of the scientists who were among Israel’s and Weizmann’s founders, and continue to serve as its leaders and its entrepreneurs. Science education makes it possible for scientific knowledge to grow and the fruits of that knowledge to create jobs and sustain economic growth and rising living standards. Those benefits can also extend beyond national borders.

Q It is considered a virtual requirement for any freshly minted Israeli PhD graduate in the sciences wishing to attain a faculty position in Israeli academia to conduct postdoctoral research in the U.S. or Europe - to learn from world-leading labs and bring fresh, modern ideas back home. And throughout a scientist’s career, this close, ongoing connection to the West is essential, since scientific research is a truly global endeavor. At the same time, do you think that the U.S. and the West in general have something to learn from Israel’s special brand of entrepreneurship and its science- and technology-driven economy?

A Israel’s success in science and technology is widely known and envied around the world, and that probably helps account for the success students educated in Israel have in continuing their studies in the West. The barriers to the flow of information and innovation have been greatly lowered by globalization, and by technological advances themselves in communications and computing. The late Prof. Don Patinkin, who came to Israel in 1949 and is generally regarded as the founder of modern Israeli economics, once told me that the most important change in the ability of Israeli economists to stay in touch with the rest of the economic research world was the Xerox machine. We have come a long way since then, and research collaboration is now conducted globally, among labs and businesses and institutions in different countries.

Q What do you miss about living in Israel?

A The old friends of ours, and the many new friends we made - and of course the many challenges that the country still faces. 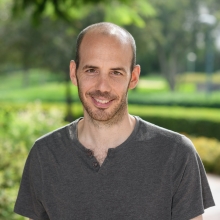 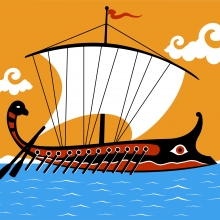 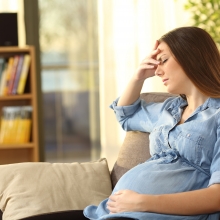