The Closing Gala of the International Board was an opportunity to pay tribute to the Beck family of Toronto, longtime supporters of the Institute; celebrate the Institute’s 70th anniversary; and bid a fond farewell to Weizmann management after a 13-year term.

The gift from the Beck family represents a major testamentary gift from the late Tom and Mary Beck. Their children—Cathy, Liddy, and Anthony Beck—and their families were in attendance.

Tom and Mary Beck were enthusiastic and devoted lay leaders in Canada, helping establish Weizmann Canada in the late 1960s, 70s and 80s by hosting events and leading by example—giving generously to the Institute over many years, and then passing the torch to the next generation. Cathy Beck went on to actively lead the Canadian committee, serving as chair for six years, from 2010 to 2016, and is still deeply involved today. She is a member of the Institute’s Executive Board. Under her leadership, the community of Canadian friends of the Institute enlarged exponentially, and philanthropic support in parallel, mirroring—and even surpassing—the surge of activity during her father’s leadership a generation before.

Tom Beck passed away in 2016, and Mary in 2018. The testamentary gift was open-ended, allowing the Institute to determine the most appropriate beneficiary area. Together with Weizmann leadership and in a nod to the family’s historic devotion to alternative energy research, the Beck siblings chose to allocate it to the Center for Advanced and Intelligent Materials (C-AIM), and, within it, the Tom and Mary Beck Institute for Materials for Energy and Sustainability.

C-AIM is a major flagship project that will nurture research on new materials, with an eye towards applications in alternative energy, space, aeronautics, and medicine, including new materials for storing and using energy.

The Center is being named in honor of Tom and Mary Beck and it is a fitting legacy for a family whose name is virtually synonymous with energy research at Weizmann, whose footprint is felt across campus, and which has been foundational in what is today a flourishing Canadian circle of friends.
Farewell to Institute management

The Closing Gala offered an opportunity to thank and bid farewell to President Prof. Daniel Zajfman and his leadership team, including Prof. Michal Neeman, Vice President; Prof. Israel Bar-Joseph, Vice President for Resource Development and Public Affairs; Prof. Mudi Sheves, Vice President for Technology Transfer; and Shuli Geri, Vice President for Finance and Administration.
Prof. Zajfman talked about the many individuals he has worked with over the course of his last 13 years in office, and he received several standing ovations from the audience.

Incoming President Prof. Alon Chen (who began his term on December 1) gave an overview of his research on the neurobiology of stress. 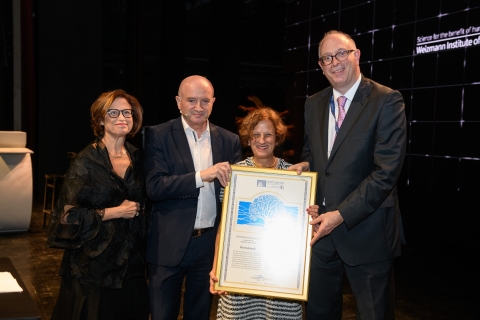 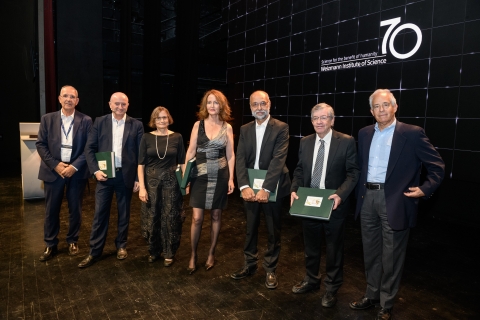 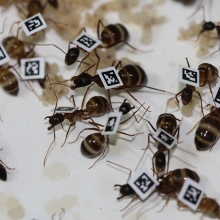 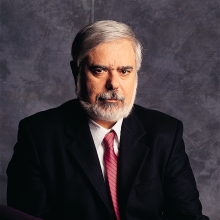 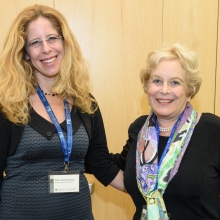