Promising students from Israel’s Arab sector face unique challenges when considering whether to pursue graduate degrees in science, ranging from language barriers and socioeconomic hurdles to difficulty finding housing. There is also the cultural challenge of adjusting to a Jewish-majority environment, and concerns about integrating into graduate-level academia.

A new program is helping to staunch this loss of talent—and offer a path forward for Arab undergraduate students considering careers in science.

In 2018, with the support of the Neubauer Family Foundation of Philadelphia, the Weizmann Institute’s Feinberg Graduate School (FGS) launched a new summer program aimed at Arab-sector undergraduate students studying biology, chemistry, or physics. Headed by Prof. Prof. Lia Addadi from the Department of Structural Biology (and former FGS Dean, as well as current Advisor to the President on Women in Science), the Neubauer Young Scholars Program places these students in Weizmann laboratories for a two-month immersion into scientific research. The goal is to cultivate their interest in science and encourage them to pursue graduate studies in the sciences at both the MSc and PhD levels—ideally at the Weizmann Institute. Ultimately, it is hoped, this initiative will help strengthen the base of Arab-Israeli scientists and enrich the entire Israeli scientific community.

“Trying to encourage greater enrollment of Arab-sector Israeli students in PhD programs doesn’t tackle the under-enrollment problem early enough,” says Prof. Addadi. “You have to expose students to scientific research while they are still at the undergraduate level.” While she notes that many Weizmann Institute investigators were open and eager to host summer students, Prof. Addadi credits the Neubauer Family Foundation as providing the essential “catalyst” to make that concept a reality.

“Strong role models accelerate talent development,” said Joe Neubauer of the Neubauer Family Foundation.  “The scientific success of every Arab PhD ignites the academic aspirations of dozens more.  Research labs teach students from various cultures to work together. They examine and verify or disprove hypotheses. The scientific method enables students to reassess inherited social bias as well.  Science is an important pathway to peace and democracy.”

Getting the word out

The program was promoted via social media in Arabic and in other print media, inviting interested students to attend an Open Day on campus, and the Council for Higher Education also publicized the program’s launch.

Out of 29 applicants to the inaugural summer 2018 program, nine were accepted and seven completed the program. The following year, 25 students applied and 11 were accepted. The majority of the participants are women; in fact, the latest cohort comprised nine women and two men.

While the first year of the program produced positive outcomes—as evinced by feedback from both the students and the scientists in whose labs they worked—the results of the second cohort are remarkable. One of the students, Shahd Ashouokhi, enrolled in the Weizmann Institute’s MSc program in the fall of 2019, and four others will be enrolling as masters’ students this fall. All five are women.

Prior to the program, Shahd says she couldn’t have imagined leaving Jerusalem and her family to explore science—but now she has learned that science “has no limits,” she says. In time, her family, though initially anxious about the program, came to support her dreams.

The four newly enrolled MSc students—some of whom have already stated an interest in pursuing a PhD when the time comes—all sound the same refrain: Few of their peers in the Arab sector have heard of the Weizmann Institute, nor of the opportunity that awaits them to study science as a means to improve the world. Each one expresses gratitude to the Neubauer Family Foundation, and emphasizes the importance of the mentorship she received not only from the principal investigators, but also from other lab members.

Prof. Addadi concurs, noting that good mentorship is essential to students’ success, and that Weizmann Institute labs tend to have a “family tradition of caring for new members.”

This is all music to Prof. Michal Sharon’s ears. Asked by FGS Academic Secretary Dr. Ami Shalit to oversee the placement of life sciences applicants into specific Weizmann labs starting with the 2019 summer program, Prof. Sharon worked to match the students’ interests to appropriate laboratories. (Prof. David Margulies oversaw the process for applicants interested in chemistry and physics.) She enjoyed hosting one of the students in her own lab in the Department of Biomolecular Sciences—Bishara Hend, another female student who is now enrolled in Bar-Ilan University’s MSc program.

“It’s especially exciting that we supported so many Arab women through this program,” says Prof. Sharon, noting how underrepresented these women are in the sciences. Given her experience with the Neubauer Young Scholars Program, Prof. Sharon was chosen to represent the Weizmann Institute of Science in a new initiative led by the Israel Forum for the Advancement of Women in Academia to promote the recruitment of minority-sector women into graduate study.

Although FGS was forced to cancel the summer 2020 program owing to the global coronavirus outbreak, Dr. Shalit, Prof. Addadi, and everyone else involved are looking forward to continuing this successful program next summer, and to welcoming the new students to campus.

Ameera Egbaria, who did her undergraduate degree at the Open University, worked on protein evolution and design in the lab of Prof. Dan Tawfik in the Department of Biomolecular Sciences. Ameera says she felt she’d joined a new family, “one where everyone works together, helps each other, and gets together just for fun.” She worked with a lab technician and a postdoctoral fellow who taught her the lab’s methods and everything she needed to know in order to run experiments independently.

Sameeha Mittwali completed her undergraduate degree at Hadassah Academic College. Having nudged Shahd into applying to the Neubauer program, as well as another friend, Carine Joubran, Sameeha applied herself. Placed in the lab of Prof. Yosef Yarden in the Department of Biological Regulation—at whose achievements in cancer research she marveled—Sameeha learned, as she puts it, that “science is an international language, especially in the Yarden lab,” where members came from all corners of the globe. Her own mentor, postdoctoral fellow Dr. Donatella Romaniello, hails from Italy.

Shahd Ashouokhi completed her undergraduate degree at Hadassah Academic College, and was a Neubauer Scholar in the lab of Prof. Zvulun Elazar in the Department of Biomolecular Sciences. “I did not expect this to happen, but the program has changed my life,” she says. When Shahd first saw the Facebook ad, she didn’t think it would suit her: Weizmann was far from home, out of her comfort zone, and she wondered whether she would even qualify. But with the encouragement of her good friend Sameeha (whom Shahd encouraged to apply in turn), she signed up on the last day. When FGS Academic Secretary Dr. Ami Shalit called to invite her to the Institute, she had a sense that the Weizmann Institute could be a warm home.Shahd found the concept of ‘autophagy’—the cell’s internal waste-removal system—interesting, and Prof. Elazar’s lab was especially welcoming. Doctoral student Oren Shatz took a week out of his own experiments to teach her about the autophagy process, and continued to guide her through the lab’s methods and “thinking like a scientist,” she recalls. Shahd is now an MSc student at FGS.

Carine Joubran, also from Hadassah Academic College, was a Neubauer Scholar in Prof. Moshe Oren’s cancer research lab in the Department of Molecular Cell Biology, whose prestige, she admits, initially intimidated her. She was heartened by the encouragement and camaraderie of the Oren team. Having thoroughly enjoyed her taste of lab life, Carine continued working part time as a lab technician in the Oren lab after the program ended. Prof. Oren has done groundbreaking research on a key player in molecular cancer control, the tumor suppressor gene p53.

Rawan Zoabi, who did her undergraduate degree at the Technion-Israel Institute of Technology, was unique among her peers in that she chose to participate in the program during the course of the academic year, rather than in the summer. From February through June—throughout the coronavirus lockdown—she conducted research on cancer immunotherapy in Dr. Rony Dahan’s Department of Immunology lab. Rawan says that the “inspiring and insightful” experience helped her discover her “passion for research.” She will begin her MSc studies at the Weizmann Institute this fall. 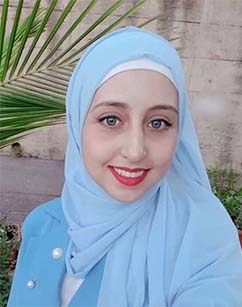 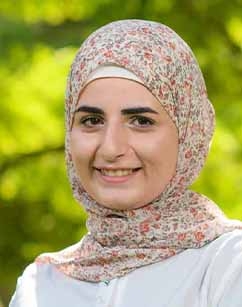 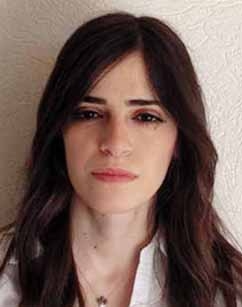 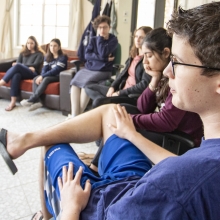 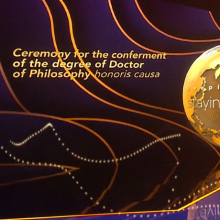 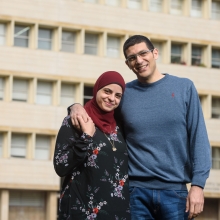