Scientists from the Faculty of Chemistry are using the high performance computing (HPC) facility for performing cutting edge research in a variety of fields. Some examples include: understanding unique properties and behavior of materials and interfaces using the principles of quantum mechanics; deciphering the principles of cellular self-organization processes such as protein folding and protein-DNA recognition; understanding the physics of turbulence; modeling climatic and atmospheric phenomena; and much more.

The Chemistry HPC was established in June 2010. It consists of 642 compute nodes with two and 8 nodes with four CPU sockets each. All together, the farm provides 23,524 cores, about 116TB RAM ranging from 4 to 16GB per one core, and 2.4PB of user disk space. There are 10 nodes with NVIDIA GPU accelerators, 8 of them are publicly available. The theoretical cluster performance is about 1,045 TeraFLOPs. The compute nodes are connected via InfiniBand network with fat tree topology, to allow for high-speed communication. The software installed includes advanced C and Fortran compilers, mathematical libraries, and a variety of commercial and homemade dedicated software suites that suit the user’ research needs. 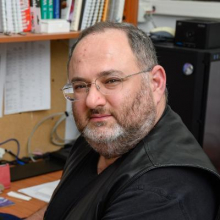