Being much heavier than electrons, plasma protons and ions are mostly insensitive to the rapidly oscillating fields of the laser and electron plasma waves. Therefore, ion acceleration from the hot laser plasmas can only be produced by the much slower fields of charge-separation which emerge during the quasi-neutral or Coulomb explosion processes. In the most common case of the thermal explosion, the charge imbalance is created by a fraction of plasma electrons heated to the very large temperatures. The resulting electron thermal pressure drives expansion of these hot electrons around the target, setting up a large-amplitude electrostatic field at the target-vacuum interfaces. 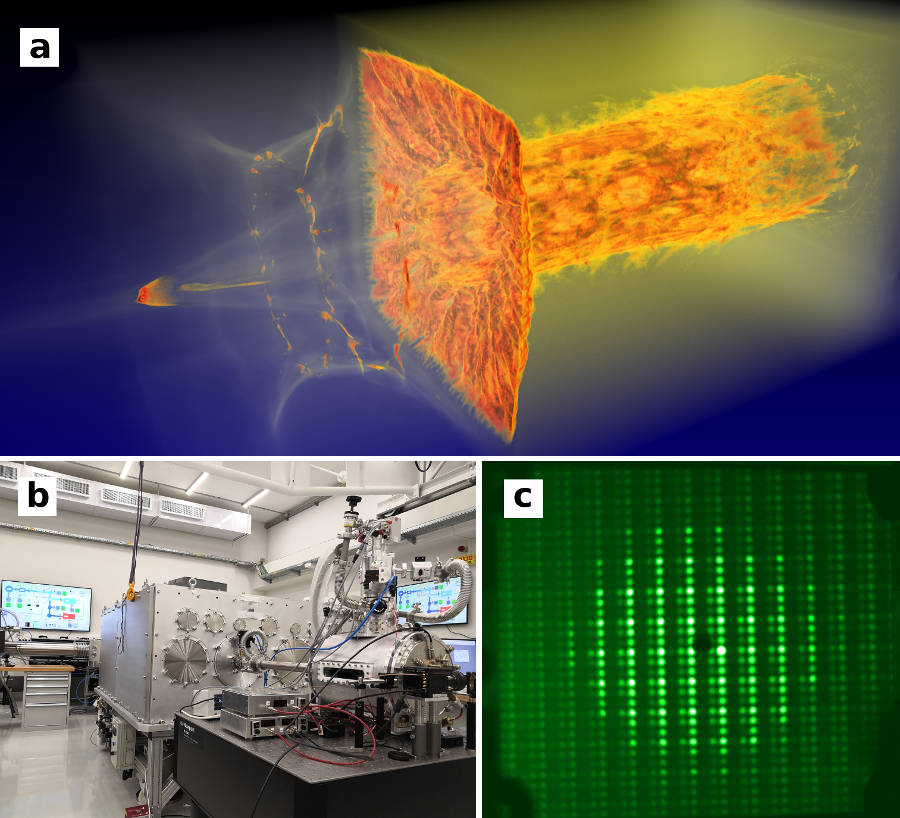 (a) Artwork based on the Particle-In-Cell simulation of the collisionless shock acceleration of ions in the laser-driven near-critical plasma. (b) Ion acceleration chamber with the installed Thomson parabola spectrometer. (c) Spatially resolved energy spectral measurement of laser accelerated protons.