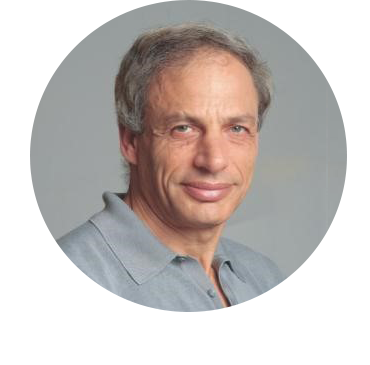 Prof. Ullman’s main area of research is the study of vision—including the processing of visual information by the human visual system—and computer vision. These studies are closely related to the areas of human cognition and the modeling of brain structures and functions. His general goal is to open up new directions in the combined study of human and machine intelligence by building bridges between the studies of vision and cognition. In 2015, Prof. Ullman received the Israel Prize for Computer Science. He was the 2014 recipient of the EMET Prize in Exact Science – Robotics, Awarded by the A.M.N. Foundation, and the 2008 recipient of the David E. Rumelhart Prize in human cognition. He will serve as the first director of the new center. 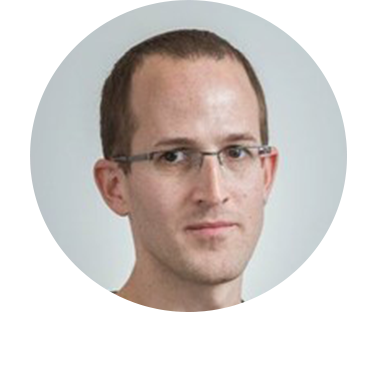 Dr. Shai Bagon completed his PhD at the Weizmann Institute, where he studied new ways to efficiently solve large scale discrete optimization problems, as frequently encountered in the context of image segmentation. After his graduation, Dr. Bagon gained a vast practical experience developing and deploying deep learning systems while working for industry leading startup companies. He joined Weizmann's Center of AI as a research associate. In his new role Dr. Bagon will promote collaborations and drive new research ideas to advance our understanding of AI. Dr. Bagon is a Robin Chemers Neustein AI Fellow. 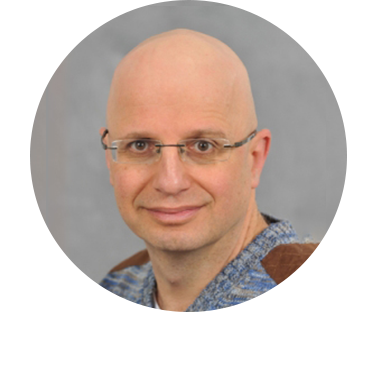 Prof. Basri's research deals with some of the core problems of computer vision, including 3D shape reconstruction, shape analysis, and semantic understanding of images and video. For example, 3D shape recovery has many practical applications, such as in robotics, inspection and surveillance. For instance, it is a challenge to track hundreds of people in the field of view of a security camera at an airport, or the many cells seen through a confocal microscope. Solutions to these kinds of problems use sophisticated mathematical tools, and computationally demanding algorithms. Future algorithms are further expected to incorporate deep learning techniques to address various sub-tasks of this problem. His research aims to further develop these hybrid techniques and to apply them, for example, to mobile robots. His recent honors include the Helmholtz Prize awarded in ICCV 2017 and the Günter Enderle Best Paper Award awarded in Eurographics 2016. 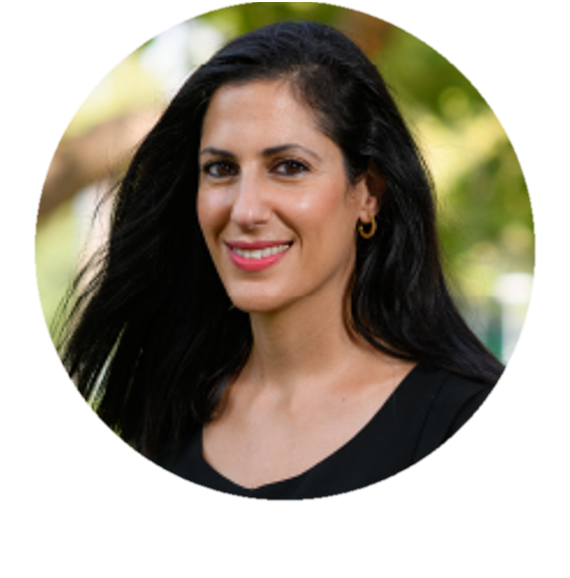 Dr. Dekel is working at the intersection of computer vision, deep learning and computer graphics, aiming to enhance our perception of digital data.  Her research focuses on “Re-rendering Reality”, i.e., develop algorithms that analyze visual and auditory data, and generate a new version of it that allows us to see and hear better.  Her work provides novel technologies to highlight and visualize certain properties of the data that are not available or are difficult to perceive from the input.  She has tackled a wide range of real-world problems, such as automatically revealing subtle geometric imperfection in images, visualizing complex human motion in 3D, or using visual signals to help us separate and mute interference sound in a video. The science and mathematics behind these feats intertwine ideas from computer vision, signal processing, optimization and recent developments in deep learning. Her recent honors and awards include: the SAMSON - Prime Minster's Researcher Recruitment Prize (2019), Best Paper Honorable Mention in CVPR 2019, and Best Paper Award (Marr Prize) in ICCV 2019.

Prof. Eldar’s main areas of research are signal sampling, processing and learning with applications to communication, radar, medical imaging, optics, biology, and optimization. One of the main goals in her lab, the Signal Acquisition Modeling Processing and Learning (SAMPL) lab, is to extract as much information as possible using minimal resources to perform various tasks, and to facilitate the transition from pure theoretical research to the development, design and implementation of prototype systems and clinical studies. The methods developed in the lab can drastically reduce sampling and processing rates and greatly improve resolution from a limited number of samples in time, space and frequency, and pave the way to new technologies such as wireless ultrasound, cognitive radio, joint radar and communication systems, super resolution microscopy and ultrasound, model-based efficient and interpretable deep networks for medical imaging, biological inference and more. Her lab is also developing model-based machine learning algorithms that combine learning from data with prior information. Her recent awards and honors include the Signal Processing Society Technical Achievement Award, the IEEE/AESS Fred Nathanson Memorial Radar Award, the IEEE Kiyo Tomiyasu Award, the Weizmann Prize for Exact Sciences, and the Michael Bruno Memorial Award. She is a member of the Israel Academy of Sciences and Humanities, an IEEE Fellow and a EURASIP Fellow, and served on the Israel Committee for Higher Education. For more information, please see https://www.wisdom.weizmann.ac.il/~yonina/YoninaEldar/SAMPL.html 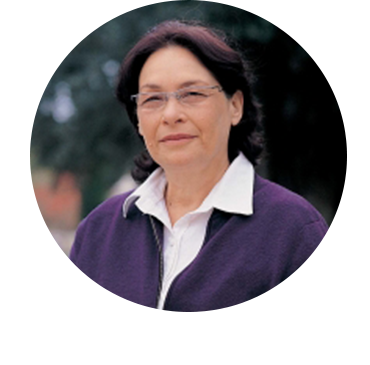 The focus of Professor Tamar Flash and her team's research is on biological motor control, computational neuroscience and robotics. The control of goal-directed motor behavior requires of the brain to carry out extremely complicated but yet poorly understood computations. A particular emphasis of the team's research has been on computational approaches to motor control. Such approaches inquire directly into the nature of the underlying information processing and control mechanisms subserving motor planning, execution and learning. This research area is strongly connected with the field of robotics, which shares a similar goal of translating perception into action. Professor Flash has also focused in research on hyper-redundant flexible arms, i.e., studying the control of motion in the octopus and on soft robotics. Other research directions include the control of locomotion in humans and humanoid robots. She has also been studying the interaction between motion control and perception in both healthy individuals and in various movement disorders. 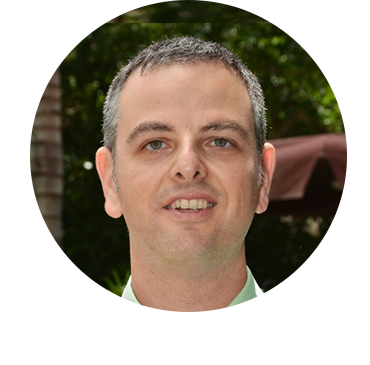 Dr. Daniel Harari is an expert in computer vision who worked at some of Israel’s leading high-tech companies, and who, after completing his PhD at the Weizmann Institute, continued his training at MIT’s Center for Brains, Minds and Machines before returning to Weizmann as a research associate. He was recently promoted into a role in which he will help design and advance the planned Institute for Artificial Intelligence, as the first Robin Chemers Neustein AI Fellow.
A computer vision expert who is also fascinated by cognitive development, Dr. Harari has studied how infants first learn visual concepts, such as the identification of objects in their visual field, without external guidance. His findings may be incorporated in future AI systems designed to learn independently, based on data gathered from the surrounding environment. 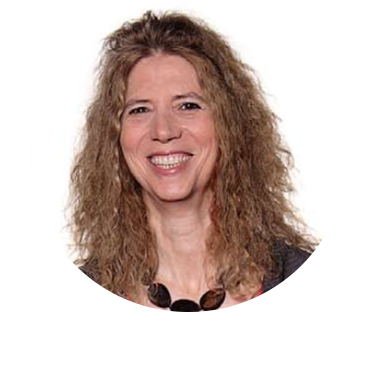 Prof. Irani and her group are engaged in challenges such as reverse engineering brain activity, i.e. “mind reading,” They are trying to develop a framework that could reverse engineer brain measurements, such as functional magnetic resonance imaging, in order to recover input data such as the image viewed by a person. They are also combining the power of image and video information with Deep Learning. For instance, patches of recurring information inside a single image or video provide powerful data for solving complex visual tasks in a “blind” manner. This enables computers to make sophisticated inferences about images never seen before, with no prior examples or training. She is currently exploring how to fold this ”internal wisdom” into Deep Neural Nets (DNNs), thus combining the power of internal learning with external learning. This may lead to a leap in performance in learning capabilities, especially in the area of video analysis, which seems to be dramatically lagging. Her recent awards and honors include the Maria Petrou Prize (awarded by the IAPR) "for outstanding contributions to the fields of Computer Vision and Pattern Recognition" (2016), the Helmholtz Prize “Test of Time Award” (2017), the Morris L. Levinson Prize in Mathematics (2003), and the Honorable Mention for the Marr Prize (2001 and 2005). She served as Chair of the Scientific Council of the Weizmann Institute of Science during 2013-2016. 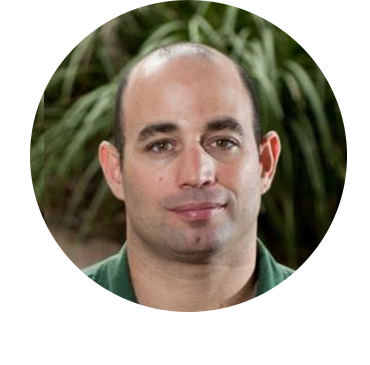 The enormous recent success of deep learning for image processing tasks is inspiring new research in adapting these tools for geometric data. Prof. Lipman’s group takes a part in this effort, developing and generalizing deep learning techniques to different kinds of geometric data. Prof. Lipman is fascinated with the meeting place of mathematics (especially geometry) and real world problems. His group develops algorithms and theories on how to manipulate, analyze and compare shapes and forms. The applications are in computer graphics, computer vision, biology and medical imaging. 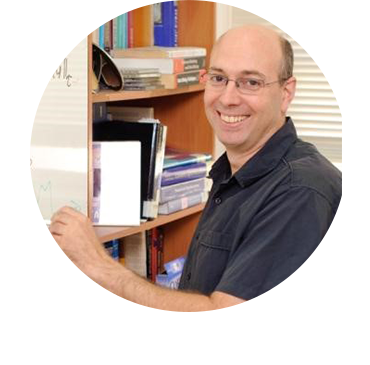 Prof. Nadler is focused on mathematical statistics, machine learning, applications in signal and image processing, and optics. He also explores unsupervised and semi-supervised ensemble learning: How to combine the predictions made by multiple experts on a potentially huge set of instances, either without any labeled data at all or with only very little data. This challenge is common in modern applications, including crowdsourcing, the fusion of multiple neural networks in vision and speech, and the merging of predictors in computational biology. Jointly with Prof. Ronen Basri, Prof. Nadler engages in image analysis under extreme noise conditions, with challenges such as detecting edges and other geometric objects from very noisy images. This challenge appears in a broad range of applications, from bio-medical image analysis to surveillance and military applications, possibly also in autonomous cars and drones. His group has the potential to make a significant impact in these fields of research. Prof. Nadler received the Kowalski Prize in Chemometrics in 2007. 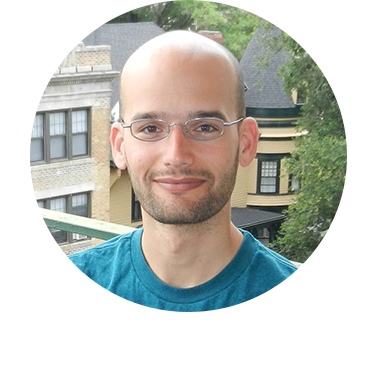 Prof. Shamir focuses on designing and analyzing general-purpose machine learning algorithms, which combine practical applicability and theoretical insight in order to enable computers to automatically learn from data or improve their performance based on past experience. He is particularly interested in machine learning under resource constraints, where the data is large-scale, noisy, partially accessible, and distributed across several machines, or when the amount of memory available to the algorithm is limited. He is also interested in developing principled algorithms and methods for deep learning, an approach which in recent years has dramatically advanced the state-of-the-art in difficult artificial intelligence problems, and is expected to play a key role in anticipated technological leaps such as autonomous driving.