Empirical evidence for the existence of non-luminous, dark matter, which interacts gravitationally with ordinary matter and radiation, has been discovered in scales ranging from galactic to cosmological. These measured effects can only be explained otherwise by a deviation from the known laws of gravitation and the theory of general relativity. (For light reading, see Dark Matter in Wilipedia).

At the galactic scale the most convincing evidence comes from the observations of the circular velocity of stars and gas as a function of their distance from the galactic center. These exhibit a flatness, rather than a decrease, which is expected from the amount of luminous matter observed. This effect can be explained by a halo of unseen mass in the galaxy. Gravitational potentials which are too deep to be caused by the detected baryonic mass and a Newtonian gravitational force law, where detected also in the the scale of galaxy clusters. A relatively recent observation of dark matter is in a system known as the Bullet Cluster (arxiv, Astrophysical Journal Letter), in which the collision of two galaxy clusters have apparently caused the separation of the baryonic and dark matter. The observed displacement between the bulk of the baryons and the gravitational potential proves the presence of dark matter for the most general assumptions regarding the behavior of gravity. 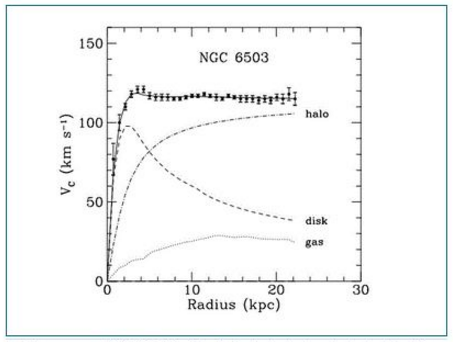 A most recent cosmological observation was done by the Planck spacecraft (arxiv), that made precision measurement of the temperature fluctuations in the cosmic microwave background (CMB). The power spectrum, calculated by a decomposition of the fluctuation pattern into spherical harmonics reveals that 84.5% of the matter content in the universe is dark matter, that was not coupled to photons at the instant of emission of the CMB. 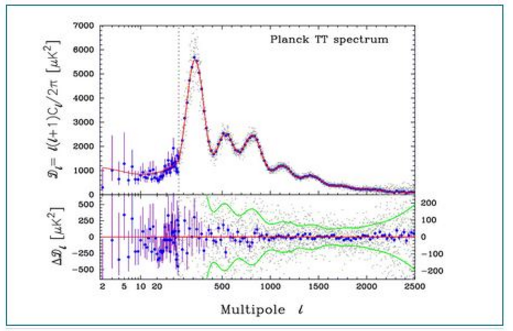 Theoretically, there is no shortage for candidates for dark matter (arxiv, Physics Reports Volume 405 ), ranging in mass over many orders of magnitude (the neutrino, whose mass is still unknown, is part of the observed dark matter). Among the leading candidates are weakly interacting massive particles (WIMPs), i.e. particles that interact with baryonic matter threw a force similar in magnitude to the weak force.

This possibility gives rise to direct detection experiments: if the galaxy is filled with WIMPs, then many of them should pass through the Earth, making it possible to look for the interaction of such particles with matter. More than 20 direct dark matter detection experiments are either now operating or are currently in development. In these many experiments, numerous techniques have been developed to measure the nuclear recoil produced by dark matter scattering. Some of these methods include the observation of scintillation, photon techniques and ionization.

To date, there was no concrete direct observation of dark matter interacting with ordinary matter, that is compatible will the null searches of other experiments.