The Yatir Forest - Location and Background

The Yatir Research site was set up in 2000 at the center of the Yatir Forest, a 2,800 ha afforestation system of mainly P. halepensis trees, and is located at the limit of the Mediterranean region and at the northern edge of the Negev desert  (31° 20’ N; 35° 3’ E; elevation 600 to 800 meters above sea level). Most of the area was planted during the years 1965-69. The forest is distinct from the surroundings non-forested shrubland, as can be easily identified in the satellite image below. 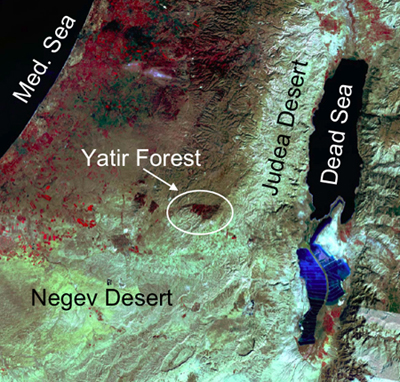 A research tower was setup at the center of the forest as the driest forest site in about 600 cooperative research sites under the umbrella of the global FLUXNET project, and is the southernmost site among the CarboEurope sites. 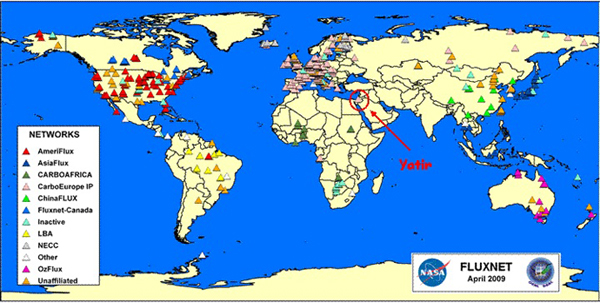 ♦ The forest and its activities were profiled in the March 2013 issue of Fluxletter.
♦ It has also been noted as a special project by the Keren Kayemeth Leisrael, the Jewish National Fund. 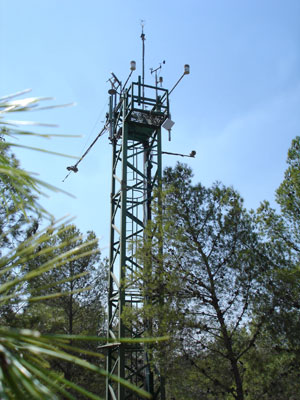 The Yatir forest consists mainly Pinus halepensis trees (>90%), and after several thinning cycles the forest density today is ~ 300 trees/ha. The leaf area index (LAI) is about 1.7, with a range of about ±0.3 over the seasonal cycle and interannually; tree height is about 10 m, and mean stem diameter at breast height (DBH) of 17 cm. The main photosynthetic activity and stems incrementing period in the forest is from December to May; in contrast, buds-burst is in mid March and leaf development continues until October. Understory vegetation consists of dwarf shrubs, herbaceous species, biological crust and annuals, all of which constitute only a minor portion of the total ecosystem biomass. The forest is growing on about 0.20-1 m deep light Rendzina soil above chalk and limestone, with clay to sandy-clay-loam texture. 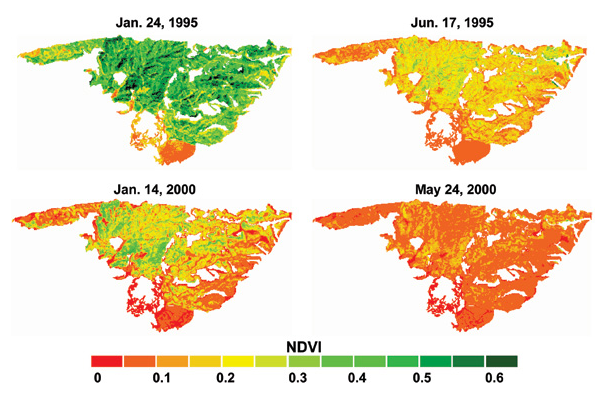 Variations in meteorological conditions, both at the seasonal and inter-annual time scales, have a significant effects on the forest functioning: Satellite vegetation index (Normalized Difference Vegetation Index; NDVI) during the rainy (January) and dry (May) seasons during wet year (1995) and drought year (2000) show mainly the dramatic changes in the level of forest photosynthetic activity.