Introducing Rei Chemke, the newest faculty member at the EPS

2020 wasn’t the easiest year, one might say it was somewhat apocalyptic. Still, it also had some bright moments. One of them, for the department of Earth and Planetary Sciences, was the addition of Rei Chemke as a principal investigator. Rei’s research focuses on climate dynamics. He’s interested in large scale processes, particularly in the atmospheric and oceanic flows, temperature and sea ice due to both natural and anthropogenic processes. 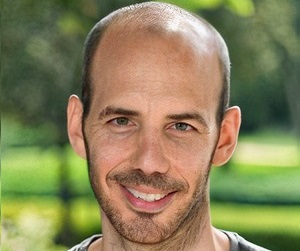 2020 wasn't the easiest year, one might say it was somewhat apocalyptic. Still, it also had some bright moments. One of them, for the department of Earth and Planetary Sciences, was the addition of Rei Chemke as a principal investigator. Rei’s research focuses on climate dynamics. He’s interested in large scale processes, particularly in the atmospheric and oceanic flows, temperature and sea ice due to both natural and anthropogenic processes. “I look at models predicting changes in temperature and sea ice in the next decades, as well as at changes which occurred in the past 1000 years, at a year-by-year resolution, due to natural variability of the climate system. I am especially interested in the effect of the ocean on climate change, analyzing it from the ocean’s perspective. To date, this subject wasn’t quantitatively investigated; the research was qualitative, and the basic question regarding the extent of the ocean’s effect on the climate system, whether due to natural or anthropogenic forcing, remained unanswered. 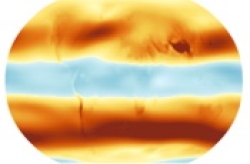 What is the response of the climate system to both natural and anthropogenic forcing?

How would you describe your experience getting accepted to the Weizmann Institute, and starting to work as a young PI?

“It’s very exciting. During my PhD I got to know the department, and on my first day back I felt very emotional. I was very well received at the department and the Weizmann Institute, in general. There are also many difficulties, suddenly I have a great responsibility to make sure that good students come here, for the benefit of my lab as well as the department. My role also includes taking care of the quality of the courses, writing proposals for grants, starting the lab. In my case it’s not a wet lab, but a cluster of computers, which takes a long time to build and make sure its running faultlessly. That is the infrastructure of my research. From this perspective, the Institute was very helpful throughout the process. As for the actual research, I need to think of the big picture, to think of many issues at the same time, it’s exciting to be able to determine the agenda, the research subject and schedule.”

What drew you to your current research subject?

“What interested me the most are the two things which most affect the climate: the atmosphere and the ocean. We profoundly understand the atmospheric processes, and it surprised me that the oceanic effect remained un-quantified. It feels like a low hanging fruit that obviously needs to be investigated. It really surprises me that such a fundamental question was not addressed up to now. I am interested in answering it, and for that I need to understand the physics and the underlying mechanisms responsible for large scale climatic processes. There are many things that we already know: we know how much the arctic ice will shrink by 2100. You can run the models and get an answer, but the underlying mechanisms are not fully understood, and I am drawn to investigating them. 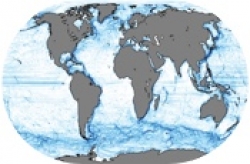 How does the ocean impact Earth’s climate?

How did your interest in science develop? When and how did you understand you want to be a researcher?

“Before my bachelor’s degree I was still debating between many fields of interest, including psychology and photography, many things fascinated me. Since I have a head for science, I thought to go in that direction, since I remembered it as an easy subject in high-school, and I was debating between physics and Earth sciences until the last minute. Eventually I checked the syllabus of the physics course, and it seemed boring. What drew me to Earth sciences was how broad and interdisciplinary it was, dealing with biology, physics, chemistry, and math. It eliminated the need to choose between scientific fields, and I decided to give it a chance, and see which subject I am more drawn to, if any. I soon found myself stepping away from biology and chemistry related subjects, and sticking to physics and math, which I found the most interesting. During my bachelor’s I conducted a project related to cloud physics in Prof. Daniel Rosenfeld’s lab at the Hebrew University, and I was planning to stay there for my master’s, until a good friend suggested the Weizmann Institute. In my master’s in Weizmann came a defining moment for me, I took the course titled: basic geophysical fluid dynamics of Prof. Yohai Kaspi and Prof. Eli Tziperman, and suddenly I thought – wow! You can explain this huge entity called the climate system with some rather simple mathematical equations! That’s crazy! It was an inspirational moment, which led me to go to Yohai and ask him to join his group and investigate this subject.”

What is your vision for the research in the department, and for science in general?

“I would love to see the department succeed to bring the issue of climate change to everyone in the country, a subject which is not a part of the political debate in Israel, as opposed to the rest of the world. Here, the whole issue of climate change and the environment is masked by the issues of security and internal politics. I would like people to know, hear and speak much more about this subject. It has to come from us, the scientists, to the broad audience, making an outreach of our science, and explaining it better, as is being done by the Davidson institute, for example, who are doing an excellent job of making science approachable to the general public. I would love to see as many climate researchers from various fields join our department, as well those with topics substantially different from mine, as broad as possible. The leading universities in the world have whole departments dedicated to climate research, I would like us to have the same.”

Among many subjects, Rei also studied atmospheric waves. The paper below is a product of his post-doctoral studies, demonstrating that by the end of the century long atmospheric waves are expected to get stronger, while short waves will become weaker. Since these waves effect mid-latitude storms, this has an extensive climatic impact. For example, so far the estimation of the anthropogenic effect on storms’ intensity was obtained by taking into account all the waves (in all lengths) together, which led to a relatively small overall estimated change in storms by the end of the century. This research demonstrates that the expected change in waves (especially the long waves) will have a substantial effect on mid-latitude climate.