Yael Kiro is the second female PI to join the department of Earth and Planetary Sciences at the Weizmann Institute. Her main research fields are Earth sciences and geochemistry, focusing on groundwater aquifers, chemical oceanography, and paleoclimate. She’s intelligent, eloquent, and an enthusiastic advocate of women’s equal opportunity in science, striving to find a deep and meaningful solution by getting to the root of the problem and bringing about a substantial change in perception. 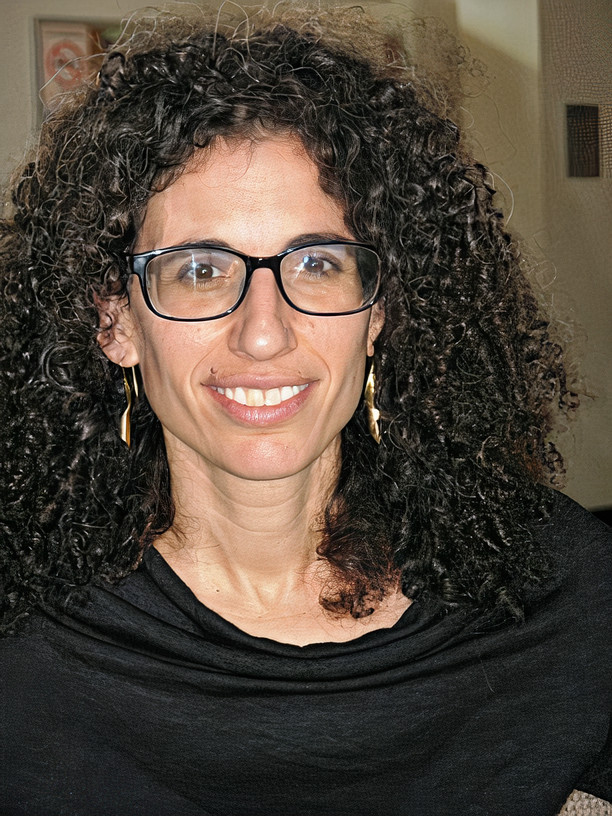 Yael Kiro joined the department of Earth and Planetary Sciences at the Weizmann Institute about one and a half years ago. Her main research fields are Earth sciences and geochemistry, focusing on groundwater aquifers, chemical oceanography, and paleoclimate. During her masters and PhD studies, Yael investigated the coastal aquifer in the Dead Sea, and that is where she became interested in her current research subject: exploring the link between land and sea by examining the effect of coastal aquifers on the chemistry of the oceans. The subject of ocean chemistry is of high importance, as it is directly related to the Carbon cycle, climate, and the feedbacks between climate change and oceans. Surprisingly, the chemical balance of the most important elements in the Ocean hasn’t been fully established, as some sources and sinks remain unknown. Coastal aquifers have not been thoroughly investigated, since the mechanisms responsible for the flow of fresh and salt waters from the aquifers into the sea are multiple and complex, where each mechanism has a particular and different timescale, impacting the chemical composition differently. Yael’s group is attempting to quantify the relative contribution of the various mechanisms to each element, in order to eventually elucidate the contribution of coastal aquifers to the oceans’ chemistry.

How do you relate to the subject of women in science, and how does it impact you personally as a woman who has reached the top of her field in the academia, which is often still considered to be a “men’s world”. What do you think should be done to promote equal opportunities for women in the academia?

Yael is the second female PI at the EPS. She’s intelligent and eloquent, and despite being an enthusiastic advocate of women’s equal opportunity in science, she is passionate without being aggressive. Rather than looking for who is to blame, she is striving to find a deep and meaningful solution by getting to the root of the problem and bringing about a substantial change in perception. “I think we are in the presence of change. Awareness in itself is a sign of progress, and we are headed in the right direction”. Yael is active in a forum at the Weizmann Institute, assigned to deal with the various aspects of gender equality in science. The forum includes both male and female scientists who are interested in making a difference. Among their many activities, members of the forum are divided into different groups who explore different aspects of gender equality. For example, they look at information provided by the Feinberg Graduate School on the distribution of awards, promotions, nominations, etc., between male and female students. Yael is focusing on unconscious gender bias, and together with other members of her group, they established a guidance program for the senior staff, intended to raise awareness for the issue. “I feel that even if there is some resistance to such programs, they eventually lead to a change in attitude.” Another group in the forum explores recommendation letters (the information provided is anonymous and approved by the ethics committee) focusing on the attributes used to describe male and female scientists.

Many previous studies found a clear gender bias in the descriptions of male and female scientists in recommendation letters. For example, men are often described as brilliant and creative, while women are described as hard-working. “Gender bias is often unconscious bias,” as in the case of the recommendation letters, where bias was found regardless of the gender of the writers. “Gender bias is caused by society. Not by an individual man,” says Yael. The forum began its activities at around the time that Yael joined the Weizmann Institute, and in her opinion, is already creating a change. The issue of gender equality in Israel is relatively new compared with the USA, for example. “The change that the world is going through is of great importance, and I truly believe we’re on the right path. Nevertheless, we are still at a stage where being a woman in science can be challenging. I think the difference in attitude towards women and men is still very obvious in many cases.”

The family and cultural standards also play a major role, as in many families the traditional burden of taking care of the house and children falls on the women. The problem of women being under-evaluated in the scientific world is aggravated by the cultural restraints that we often voluntarily embrace.

What is your advice to the next generation of women and girls that are interested in science?

Follow your dreams. Don’t fall into the classic trap of many women in science, who think they are not good or accomplished enough to pursue a scientific career. I remember many conversations with my colleagues during the PhD, many of whom didn’t want to risk pursuing post-doctoral studies abroad, and dragging their entire family with them, for what they felt was a small chance that they would find a position in the academia. Often, men proceed to post-doctoral studies without such hesitations, opening-up more career opportunities in their fields. This often emanates from a basic lack of confidence in women, which is clearly demonstrated in studies, showing that women tend to have low self-esteem while men have elevated self-esteem. This issue does not appear out of thin air the day you set foot in the academia, it starts way earlier, and we’re often unaware of how biased we are to our children from the very beginning. I myself have two boys and a girl, and I noticed that I always ask her for help around the house, because whenever I ask she says yes and the boys say no. Once I became aware of that, I made an effort to change the situation to the point where everyone helps equally. But I still can’t be sure whether the initial refusal on the part of the boys, and the fact that the girl immediately said yes, is due in itself to gender bias. These issues are rooted within our society, and influence the education not only at home, but also in the kindergarten and at school. I was surprised to see that in my son’s school, when he wanted to participate in a Hula-hoop contest he was told it’s only open for girls. Why would any activity be restricted to girls or boys only?

As for my advice to girls and women interested in science – to roughly quote Rebecca Solnit, who wrote the book Men Explain Things to Me: “I find a bit of lack of confidence good for science itself”. Many are saying: “you should be as confident as men” and I say: “why? Why go to the other extreme to the point of over-confidence? I believe that a certain amount of lack of confidence present in women can improve their scientific achievements and contribute to their careers, since self-criticism can lead to double- and triple- checking resulting in more accurate research. Whether you are writing a manuscript, or conducting research, self-examination and a healthy sense of doubt can be advantageous. Modesty in itself has its virtues, but we need to be watch-out for self-doubt that causes us to think we’re not good enough. If you don’t know your own value, it will be extremely difficult for you to find a place in the academia. I myself wasn’t sure I had what it takes, but luckily I had amazing advisors, without which I wouldn’t have dared to pursue a post-doctorate abroad. It’s a shame I didn’t believe in myself enough, and needed external encouragement to pursue my dreams. My children were small at the time and I didn’t want to drag my family to an unnecessary adventure, even though they gave me their full support. There is a substantial difference between men and women who are interested in pursuing a scientific career in this perspective. Generally speaking, I think women in Israel tend to give up and compromise more, as is customary in today’s mainstream culture. If you want a family, you give up self-realization. Many women that manage to have an academic career usually have tremendous support and encouragement from the partner’s side. Moreover, as a mother of young children I wasn’t willing to give up spending time with them, which meant cutting back on working hours, whereas some men tend to be more focused on their job.

I am not sure whether that is due to biology, education, social conventions, or other factors. Currently my position is so demanding that it does come on the expense of time with my children. For years I have lived with guilt that I am neglecting them, but now as they are older, and I see how much they admire me, and what a role-model I am to them, which deeply influenced how they see women in general, I am convinced that I made the right choice. If we raise our children to see both parents equally pursuing their dreams, then the concept of gender equality becomes so deeply rooted within them that no forced measures need to be taken in order to raise their awareness to the issue. To them, there is no issue. Self-realization from the part of both parents is an invaluable example for the children, and contributes immensely to their families’ perception of gender equality, and as a result, to the entire society.”