In memoriam of Prof. Jacob Karni

In light of the untimely death of Prof. Jacob Karni from the EPS, we share here the words of the head of the department, Prof. Ilan Koren. 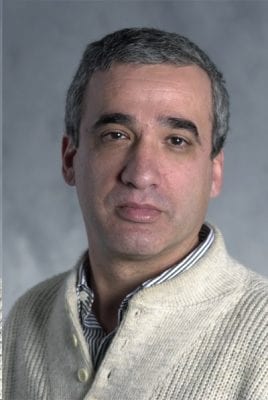 In light of the untimely death of Prof. Jacob Karni from the EPS, we would like to share the words of the head of the department, Prof. Ilan Koren.

“To me, Jacob was first and foremost a friend and a person to rely on. He was an island of sanity, of a positive and bright point of view, as many others have testified before me. Whenever I needed a fresh perspective on an idea I had, or a move I wanted to make, Jacob was the first person I would come to for advice. Free of formalities or issues of ego, Jacob was direct, bright, and well-intentioned. The endless topics of conversation with Jacob ranged from thermodynamics to world music (mostly world music), and every point he made was well-reasoned and flawlessly substantiated. Many things can be said about the groundbreaking research led by Jacob. He came to Weizmann Institute in the late 1980’s after a PhD in Minnesota and a research position in New York. His research was focused on finding solutions for renewable energy, and especially for its storage. The issue of storage and transport of clean energy, specifically solar energy, is the greatest obstacle preventing its widespread use, much greater than the issue of its production. Jacob developed methods for both efficient production and storage of clean energy. He has made groundbreaking contributions in all fields of solar energy research; energy concentration, efficient absorption, conversion of thermal energy to chemical or potential energy, as well as ingenious energy storage solutions. He developed receptors capable of functioning in high temperatures, when the sun’s energy is focused at them, as well as methods for photovoltaic cells, and methods for producing synthetic gases to replace fossil fuels. He was driven by a vision to reach a day in which we would be able to rely exclusively on renewable energy, 24/7, 365 days a year.

As head of the center of renewable energy at the Weizmann Institute, Jacob has been leading the research and making sure that good ideas become commercially available in order to make his vision come true, and we will finally be able to replace greenhouse gases with clean energy. NCF, a company which has implemented some of Jacob’s ideas, has won awards, and projects in Australia, India and China were established to efficiently execute his concepts.

I would like to end with a personal story: I arrived to the EPS long after Jacob, and have been placed in the office adjacent to his. Jacob was speaking loudly, and so I quickly became familiar with all the news in the field of renewable energy. We realized very fast that we shared many common views, especially on our love of alternative music, world music, and Jazz. We have had deep discussions about the meaning of a specific song of Joni Mitchell’s, or what Bob Dylan meant, and which cover version for his songs was better. I was lucky enough to have spent many hours of quality time with Jacob. Hours of talks on every topic. Last time I came to Jacob with a dilemma, was when I was offered the position of head of the department. He tried his best to convince me not to take it, but in that he had failed. I was sure that I knew Jacob pretty well until a brilliant young student from the US came to volunteer in my group for the summer, during which she became friends with the other group members. After she completed her PhD she came back for a visit in Israel. When her father, a renowned medical doctor, heard that she was going to meet with us, he asked to join the meeting, and to arrange for him to meet with Jacob. It turned out that this doctor was Jacob’s soldier during the war. After all those hours talking with Jacob, thinking I knew him so well, I have heard stories that Jacob would never tell about himself. Stories of courage, boldness and wisdom.”