Dr. Ofer Yizhar and how optogenetics is shedding light on the brain

That knowledge has led to physicians’ ability to apply deep brain stimulation through the use of micro-electrodes to Parkinson’s patients, and to people suffering from obsessive-compulsive disorder, epilepsy, Tourette syndrome, and depression.

But science is taking one major leap further, with the advancement of a new field called optogenetics.

First developed at Stanford University about a decade ago, the technique uses tiny, implantable optic fibers to illuminate, with incredible specificity, the neural networks involved in brain diseases and disorders, which, it is hoped, will eventually help to treat or cure them. A few scientists worldwide are now advancing the field of optogenetics; one of the young leaders is Dr. Ofer Yizhar, who joined the Department of Neurobiology at the Weizmann Institute in 2011 after a postdoctoral fellowship in the Stanford lab where he helped develop the method.

At this point, optogenetics is for lab animals only. Scientists like Dr. Yizhar genetically engineer mice so that their neurons produce a protein that reacts to light. Naturally found in photosynthetic algae, this protein enables the algae to move toward the light by opening channels in the cell membrane. It performs a similar task in the engineered mouse neurons when they are exposed to light from the fibers, opening channels for nerve cell signals to fire. Thus the technique provides both a switch and a signal, giving researchers a precise tool for controlling, in real time, the messaging activity between multiple neurons.

Dr. Yizhar’s research group focuses on the ways that two particular parts of the brain communicate: the amygdala and the prefrontal cortex. The amygdala is considered the brain’s emotion center, and the prefrontal cortex the “command and control” part of the brain. In healthy individuals, these two areas are in constant communication, with our emotions continuously interacting with our analytic, deliberate thought; the ways these areas fire messages from one to another regulate everything from the ways we interact in social situations to how we learn.

The group has not only uncovered a great deal about how the neural networks operate, by actually seeing them light up in the context of certain activities; it has also learned how to literally fine-tune behaviors in the process. For example, they found that they could actually control a memory (in this case, a fear response) after it was learned. Dr. Yizhar and his group are finding that the brain’s learned fear response can be ratcheted down by optogenetic tuning of the connections between the amygdala and prefrontal cortex. By doing so, they are discovering exactly where and how the lines of transmission run between these two parts of the brain. Their findings may have relevance for post-traumatic stress disorder, which involves a similar sort of “learned” fear response.

The field of optogenetics has far-reaching implications for many other brain disorders and diseases that are treated today with talk therapy and/ or drugs, which often are only partially effective, at best. “Many psychiatric disorders involve an inability to function in social situations,” says Dr. Yizhar, “and we think that missed connections within and between these two areas may often be to blame.”

To recognize what goes wrong in such diseases, one must first understand how communication occurs in the healthy brain, and several studies underway in Dr. Yizhar’s lab address this. For example, he is investigating how the amygdala and the prefrontal cortex coordinate during interpersonal interaction. In these experiments, Dr. Yizhar and his team developed a method for “tuning” the optogenetic switch so that it could “turn on” or “turn off” specific nerve cell signals. The mice were then exposed to various cues—another mouse of the same or opposite sex, smells, or images—and the signaling of their neurons was recorded.

Once the normal patterns become apparent, says Dr. Yizhar, he compares them with those of mice that are genetically engineered to have mutations known to exist in such human disorders as schizophrenia or autism. The research is beginning to reveal the innards of what has been up until now a black box: how such mutations affect the nerve cells’ lines of communication. That has involved mapping the connections between neurons in the prefrontal cortex in normal and diseased mice—both their physical location and strength. This mapping project is done in real time in Dr. Yizhar’s lab, as the experimenter controls the light signal, and thus the neurons, from his computer screen.

How far have we come from electrodes? Actually, quite a distance. “If we once conducted these experiments by inserting two electrodes - a process that took several hours - and then spent days recording the signal between just one pair of neurons, we can now use our tiny lasers to map out these signals within minutes,” says Dr. Yizhar.

Time efficiency is just one advantage. The knowledge gained is the expected key watershed from this line of research—opening the door to understanding the intricate wiring of the brain, the effect of disease-causing genes on the neuronal circuits, and cognition and behavior in health and disease. Neurons in the mouse prefrontal cortex communicating directly with the amygdala 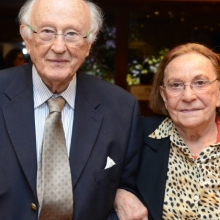 Story of a lifetime

At 98, Luis Stillmann is celebrating life—and making headlines in The New York Times. 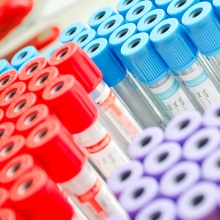 Kadimastem, a biotech company that licensed the discoveries of Prof. Michel Revel, has received approval from the Ministry of Health for clinical trials on a new treatment approach.