Multiple sclerosis, a disease in which the body’s immune system attacks the myelin that insulates nerve cells, has long been known to cause physical problems. More recently, however, something else was added to the list of official MS symptoms: cognitive impairment.

Now, a research collaboration between Weizmann Institute staff scientists has identified a structural dynamic that contributes to this neurological decline.

Dr. Rina Aharoni earned her PhD under Prof. Ruth Arnon—co-creator of Copaxone, an MS drug that commands a third of the worldwide market. Today, Dr. Aharoni is a staff scientist in the Arnon lab in the Department of Immunology. Her partner in the current investigation is another staff scientist, Dr. Raya Eilam-Altstadter, a neuroscientist in the Department of Veterinary Resources.

Dr. Eilam-Altstadter created an improved method for detecting various components of the brain, resulting in a color-coded “map” that can be read with fluorescent microscopy. This technology allowed her to discover how star-shaped cells in the brain—called astrocytes—adhere to the surface of blood vessels. She also saw that, while the body of astrocytes lie close to the blood vessels, their star-like “arms” extend outward, establishing contact with cortical neurons.

The picture came starkly into focus when, in collaboration with Dr. Aharoni, Dr. Eilam-Altstadter examined brains affected by the animal disease-model of multiple sclerosis.

“We found that, in the mouse model of MS, astrocytes detach, losing contact with both the neurons and the blood vessels,” she says. “Moreover, when such mice recovered following treatment with Copaxone, the normal configuration was reestablished. This indicated that during disease, the cross-talk between the blood vessels and neurons regulated by the astrocytes is disrupted so neurons don’t receive the energy supply needed for normal function.”

But is this structural “pulling away” actually responsible for cognitive decline? To answer this question, the scientists had to find a way to link brain structure to behavior.

Working with yet another staff scientist from the Department of Veterinary Resources—an expert in behavioral experiments, Dr. Michael Tsoory—Dr. Aharoni demonstrated how, in this MS model, the performance of tasks based on short- and long-term memory was significantly impaired. However, when such mice were treated with Copaxone, short- and long-term memory was preserved. Then, examining the brains of both the treated and non-treated mice, the scientists got what they hoped for: a “smoking gun” that linked astrocyte position to cognitive function.

“The mice that displayed cognitive impairment displayed the abnormal phenotype, specifically in the areas of the brain that are responsible for these memory tasks,” Dr. Aharoni says. “This demonstrated that the loss of communication between neurons and blood vessels contributes to cognitive decline.”

The scientists hope that their findings may someday contribute to improved treatments for preventing cognitive loss in patients with MS and other neurodegenerative diseases. 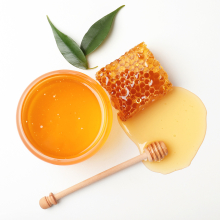 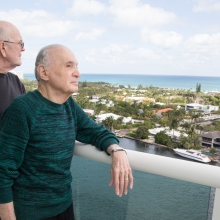 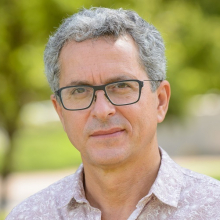