Taking superposition in a new direction

Working in the field of quantum technology requires the ability to use tiny spinning electrons to encode information—quantum bits, also known as qubits. Now, there may be a new way to do it: creating qubits based on the vibrations of whole molecules. Molecules offer an exciting and novel platform to study how quantum mechanics—the physics governing the atomic-scale world—applies to larger-than-atomic systems. Dr. Ziv Meir, who is joining the Department of Physics of Complex Systems, plans to use these novel molecular qubits to explore scientific avenues and to develop technologies not possible with ‘ordinary’ qubits.

In quantum science and technology, the term ‘qubit’ refers to the basic unit of quantum information—the quantum version of the classic binary bit. Unlike ordinary bits that can only hold the value of ‘0’ or ‘1’, qubits, can be both ‘0’ and ‘1’ at the same time, thanks to the principle of ‘superposition’—offering tremendously greater technological power. Now, molecular qubits are poised to take superposition in a whole new direction: storing information based not on the state of a single electron, but based on how a gas molecule wobbles in space.

Dr. Ziv Meir is pioneering the development of this novel quantum-information carrier. Molecular qubits store quantum information based on the degree to which they rotate and vibrate in space. Compared to other established quantum-technology platforms, molecular qubits offer much richer energy spectra—allowing, for example, direct linkage to photons in quantum communication applications. This complicated energy structure is not amenable to standard quantum protocols, but over the course of his postdoctoral research, Dr. Meir developed an effective workaround that traps and links wobbly molecular ions with ‘simple’ atoms. The potential experiments he can now conduct are legion.

For example, Dr. Meir plans to use his innovative ion-trapping apparatus to learn how to create superpositions of varying arrangements of a molecule’s nuclear spins. Such nuclear-spin configurations result in widely differing energy levels, with significant implications for how well the molecule can retain quantum, and for quantum science in general. Dr. Meir also plans to study the feasibility of storing quantum information in molecules with increasing size and complexity.

In addition, he will use laser-cooled molecular qubits to generate a complex molecular clock capable of performing quantum measurement experiments, such as testing for possible time variation in the fundamental constants of nature.

Throughout his graduate studies, Dr. Meir served as a key coordinator of the annual Shalhevet Freier Physics Tournament—an international safecracking contest for high school students. He won the Shimon Reich Memorial Prize for his doctoral
thesis in 2017.

Dr. Meir is married to Tal. They have two children, Aviv and Maayan. 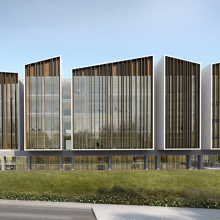 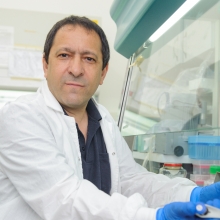 Prof. Tony Futerman’s lab in the Department of Biological Chemistry has recently discovered a new cellular pathway implicated in Gaucher disease which may offer a new therapeutic target for the disease and related disorders.