‘Believers’ in the Weizmann Institute over 32 years

At 65 Ha’Neviim Street in the heart of Jerusalem, near Jaffa Road, sits a low-slung stone building, dwarfed by the city’s smorgasbord of structures, but—like many ancient edifices in Jerusalem—it also hints at a more illustrious moment in time in which the building experienced its heyday. The said building is the former Kaminitz Hotel, the first hotel outside the Old City walls, and it was once indeed a luxurious residence for famed international travelers, businesspeople, and world leaders more than a century ago.
The owner of the hotel was Eliezer Lipman Kaminitz, who later sold it, and the next generations of his family moved to Brazil. His grandson, Armando, raised his family in Uruguay and later moved to São Paulo, Brazil. He and his wife Eva Kaminitz were early donors to the Weizmann Institute, and they remained deeply connected to Israel. The family continued to relish the lore of the old Kaminitz Hotel.
Their son, Roberto Kaminitz, who lives in São Paulo, created a new connection to Israel when he established the Brazil Association of Friends of the Weizmann Institute of Science in the 1980s. Today, more than 30 years later, he and his wife Barbara remain major supporters and close friends of the Institute, and he says he is proud to have witnessed the growth and flourishing of the Brazilian Friends.
In 1988, Roberto hosted a visit in his home of a delegation from the Weizmann Institute, including the newly elected President at the time, Prof. Haim Harari, and former Weizmann President Prof. Michael Sela. At a dinner that included Israel’s consul general to Brazil and many prominent guests, Prof. Sela asked Roberto to establish a society of friends in Brazil.

“I agreed, because who can say ‘no’ to two Weizmann presidents?” Roberto asks rhetorically. “And my father was a believer in the Weizmann Institute. Very quickly, I became a believer too. I believe in Weizmann because it is good for the world, and it shows the strength of Israel to the world. This is a different picture of Israel than the one we see in the media. Weizmann is the real Israel.”
One of the success stories of the Brazil Friends in its early years—and until today—is the large number of high school graduates who apply annually for the Bessie F. Lawrence International Summer Science Institute, a month-long program held every July on the Weizmann campus. Hundreds of Brazilian candidates apply every year, most of them are not Jewish and have no prior connection to Israel. “These students come back from Weizmann and become informal ambassadors for Israel and for Weizmann for the rest of their lives,” he notes. “Their impact is felt across Brazilian science and society.”
Among numerous other gifts to the Institute, Roberto, who is also a member of the International Board, gave generously to support the Weizmann-Brazil Tumor Bank within the Moross Integrated Cancer Center, an initiative that was spearheaded by Brazil Association President Mario Fleck and was embraced by many friends.
Today, Roberto believes that the role of the Weizmann Institute is more critical than ever. “Fifty years ago, if one worked hard and got an education, he or she found success. Today, hard work and any education are not good enough: You must have a top-level education in order to compete and make a difference. The important thing now is nurturing the young generation, and making sure that the world truly understands the contribution of Israeli science and high-tech to the lives of everyone on the planet. As I see it, the best route to advancing those goals is through Weizmann—because Weizmann is a seed that—if you water it and take care of it—will blossom and grow and lead to great things.”

A hospitable piece of family history
The Kaminitz family owned European-style boutique hotels throughout pre-state Israel, in Hebron, Jaffa, Jericho, Jerusalem, and Petah Tikva. In 1883, Eliezer Lipman Kaminitz, Roberto Kaminitz’s great-grandfather, transferred the Jerusalem hotel that his family had established outside Jaffa Gate—the first hotel outside the Old City walls—to a new location on Jaffa Street. He planted a garden and paved a path for horse-drawn carriages to pull into from the road. The hotel hosted tourists from abroad and lavish weddings.
Among its famous guests was Theodor Herzl, the father of modern Zionism. Herzl checked into the hotel on October 28, 1898, to meet with German Emperor Kaiser Wilhelm II during a visit to Palestine. The hotel was moved once again in 1908, back to the Jaffa Gate area, into a larger building. Baron Edmond James de Rothschild stayed at that location of the hotel in 1914. At the outbreak of World War I, the hotel was confiscated by the Turks, who turned it into a post office.
Today it stands empty but slated for historic preservation, and pictures of the building adorn the walls of Roberto Kaminitz’s home.
“Jerusalem remains in my blood and Israel is far away but at the same time very close by,” says Roberto. “I heard stories from my father about the splendid Kaminitz Hotel, and even after it was sold, I felt a piece of my family will always be in Jerusalem.” 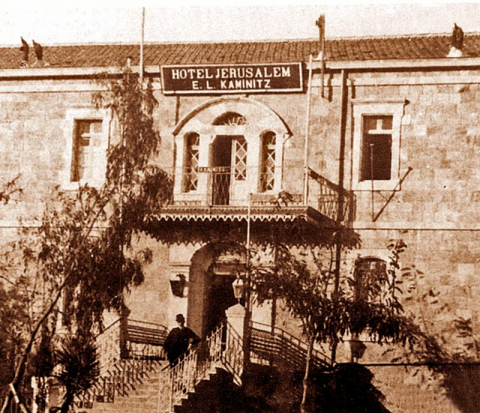 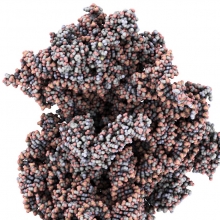 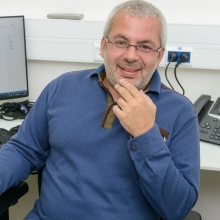 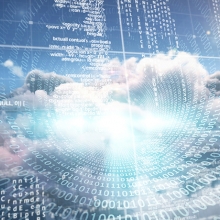 Breaking through the clouds

Prof. Ilan Koren is sending CT scanners the size of a shoebox into the sky to gather data about clouds. Clouds play a key role in Earth’s energy balance and its water cycle, and this strategy could help shed light on the changing climate.