The brain-body system comprises a software-hardware combination that has co-evolved over eons. The question how a brain differs from a computer therefore goes deep into issues of biological computation and of its function in preserving the body through challenges of the environment. While such an experimental system cannot be reproduced in the lab at present, some aspects of this hybrid computation are already accessible to us today.

In our lab we study several types of systems relating to biological computation.

Our main effort is directed at neuronal networks, studying the directed graphs that link dissociated neurons taken from hippocampi of embryonic rat pups. This graph has a connectivity that is two dimensional and random, with no preordained architectural design for computation. It exhibits spontaneous bursting activity that is a simplification of computational processes in the brain, allowing precise measurements of processes such as burst initiation, percolation of activity, and robustness. Limiting the architecture to one dimension reveals details of information transport and allows for the design of computational neural devices.

A second effort relates to stimulation of neuronal activity, be it electrical, ultrasonic or magnetic. We have invented a novel type of rotating field transcranial magnetic stimulation (rfTMS) that is currently being explored experimentally in collaboration with psychiatrists at the Geha Mental Health Center.

A highly interdisciplinary direction is in linguistics, exploring the informational content of spoken language. Here we collaborate with linguists, computer scientists and applied mathematicians in an effort to identify the building blocks of intonation, from which the human brain constructs prosodic structures to accompany speech. 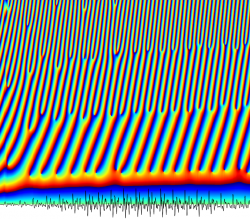 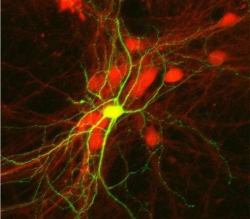 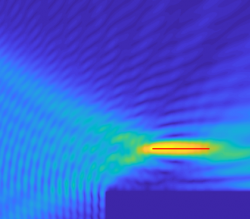 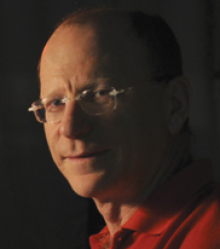