Molecular oxygen is kinetically quite stable towards reaction at room temperature because of its triplet ground state and strong oxygen-oxygen bond. On the other hand the thermodynamic tendency for the reaction of O2 is combustion, that is to form carbon dioxide (CO2) and water (H2O). Thus, hydrocarbons typically react with O2 via a complex free-radical pathway termed autooxidation. These reactions are usually not selective and often have little synthetic utility. In order to overcome this limitation, in our group we are developing catalysts that catalyze reactions by new reaction pathways. Catalysis is used both to lower the activation energy of the reaction and to change the chemoselectivity of the reaction. 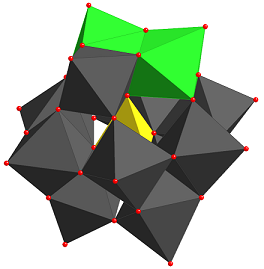 (b)  Reductive Activation of Molecular Oxygen

Collectively, monooxygenases have diverse structures and active site configurations but it can be generalized that molecular oxygen activation takes place via the bonding of O2 to a Fe(II) or Cu(I) center, followed by lysis of the O-O bond under reducing conditions to yield a highly active oxygen donating species for hydrocarbon oxygenation. In our research we use both iron-containing and copper-containing polyoxometalates to electrochemical activate oxygen under reducing conditions to oxidize alkanes, alkenes and other compounds at room temperature, including components of natural gas such as methane and ethane. 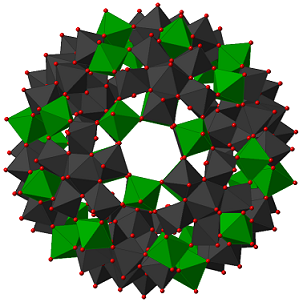