Over two decades ago, our group began to investigate experimental paradigms addressing a basic question in neuroscience: Why have the brain and spinal cord, crucial organs of the body, lost their capacity for spontaneous repair following injury? We discovered, against the common wisdom at that time, that immune cells are pivotal for CNS neuroprotection and repair, though their spontaneous recruitment to the CNS is insufficient (1, 2). Both circulating monocyte-derived macrophages, and helper T cells were shown to have crucial and beneficial roles. The protective T cells were found to have specificity for self-brain antigens, leading us to formulate the model of “Protective autoimmunity” (3-5). Our group found that this response involves a network of T cell lineages, including effector, memory, and regulatory T cells, which are temporally and spatially regulated (6, 7). We further showed that this T cell network, in the context of acute injuries, helps facilitate recruitment of anti-inflammatory monocyte-derived macrophages to the CNS, and that these cells support tissue repair by through their local phagocytic and anti-inflammatory activity (8-11).

We showed that the immune system supports healthy brain plasticity, augmenting adult neurogenesis, and spatial learning and memory. Moreover, circulating immune cells were found to moderate mental stress and depression (12). The role of immune system components in controlling neurogenesis was further extended by our demonstration of direct cross-talk between myeloid cells and neural stem cells, and stem cell expression of immune receptors (13). We found that aging of the brain reflects co-aging of brain and the immune system (14-16). We subsequently identified the choroid plexus epithelium (CP) within the blood-cerebrospinal fluid barrier as the site of communication between the brain and the immune system under physiology, and the potential entry site for immune cells facilitating brain repair(9, 17).

Studying CP function in brain aging (14) and in animal models of chronic neurodegenerative diseases, Amyotrophic lateral sclerosis (ALS)(18), and Alzheimer's disease (AD)(19), we observed that disease progression is associated with local suppression of immune cell trafficking to the CNS through the CP. We showed that breaking systemic immune tolerance, by active vaccination approaches (18) or by targeting regulatory T cells (Tregs) (19), can augment CP-gateway activity for leukocyte trafficking, leading to accumulation of immunoregulatory cells at sites of cerebral pathology. In transgenic mouse models of AD, such manipulations mitigated cognitive decline. Conversely, systemic immune suppression in AD mice was associated with accelerated pathology.

Collectively, our findings suggested that in chronic neurodegenerative diseases, systemic immune suppression interferes with the ability of the CP to orchestrate recruitment of leukocytes to the CNS, needed for coping with disease-escalating factors within the brain, and to support tissue remodeling, and led us to the current focus of the laboratory on immune therapies to combat AD and Dementia. We found that treatment with immune checkpoint blockade targeting the Programmed cell death protein 1 (PD-1) (20) or its ligand (PD-L1) (16), drives an immune response that leads to trafficking of leukocytes to the brain, and culminates in reversal of disease pathology, and cognitive improvement (16, 20). The therapy, is under expedite development towards clinical trial. It is a gamechanger approach in fighting AD and other neurodegenerative diseases. 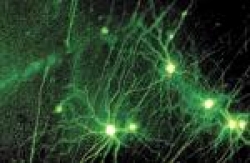 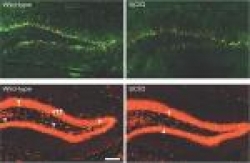 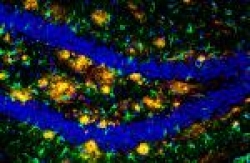 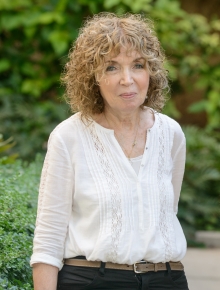