Solid State NMR has the unique advantage in exploring the inherent anisotropic interactions that are normally averaged out in the liquid state. These interactions, carrying useful information about the structure in terms of their tensor properties are also a source of line broadening, and result in low resolution spectra that are hard to interpret. This effect is especially pronounced in systems of coupled protons, making high resolution proton solid state NMR challenging and interesting task.

There are two main avenues for eliminating the strong interactions between protons (without chemical modifications such as deuteration):

Our research is concentrated on development of new proton line-narrowing techniques. Our contribution to the large family of CRAMPS experiments is the Phase Modulated Lee Goldburg (PMLG) experiment [1]. The basic 1D experiment, called wPMLG, is composed of blocks of pulses (usually ten) separated by detection windows during which the signal is sampled [2]. 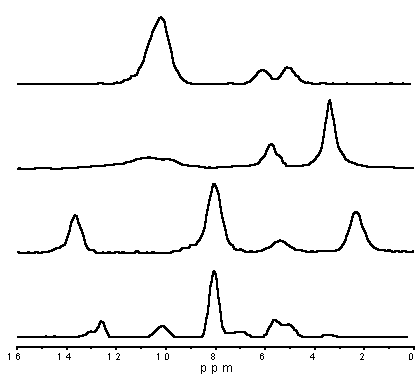 For obtaining a uniform performance of the sequence over a broad spectral range and suppressing effects of RF imperfections, the super-cycled wPMLG is preferable [3]. This experiment was tested at MAS frequencies up-to 65 kHz [4].

Proton homonuclear decoupling experiments involve two averaging processes, by MAS and by RF pulses. The suitable theoretical approach that can fully describe the decoupling process is Floquet theory. Using Floquet theory we have thoroughly studied and improved the PMLG based decoupling schemes [5-8] and compared the performance of many other sequences [9]. 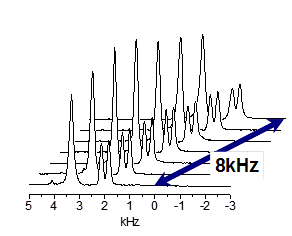 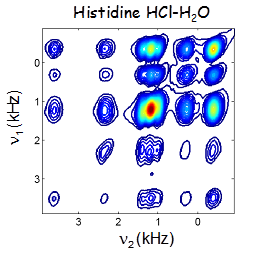 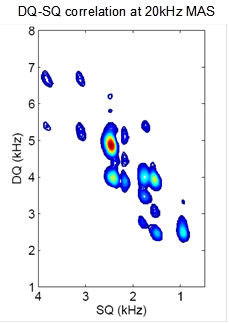 Instructions on setting up the wPMLG experiment