We have previously demonstrated that Runx3-/- mice spontaneously develop inflammatory bowel disease (IBD). Runx3 is expressed in resident intraepithelial CD8+ T cells and in the lamina propria (LP) dendritic cells (DCs) and macrophages, but not in gastrointestinal tract (GIT) epithelium, indicating that loss of leukocytic cell-autonomous functions of Runx3 is the underlying cause of Runx3-/- IBD.

The aim of this project is to elucidate the contribution of Runx3-/- DCs and macrophages to IBD development. To this end we use Runx3f/f mice generated in our lab as  a mouse model in which Runx3 is specifically ablated in DCs and macrophages (DC-macrophageRunx3-/- mice) (Figure 1). Currently we are using CyTOF (Figure 2) to characterize GIT LP MNP and other hematopoietic cell types, during IBD, to gain insight into the mechanisms of IBD generation due to the absence of Runx3 in MNPs. 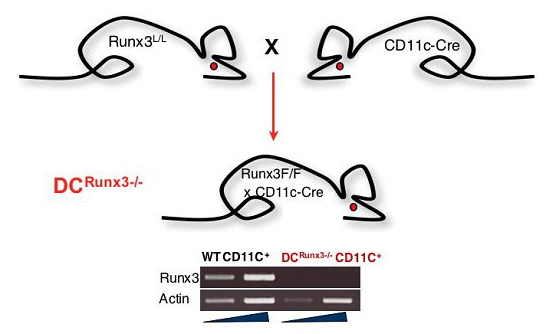 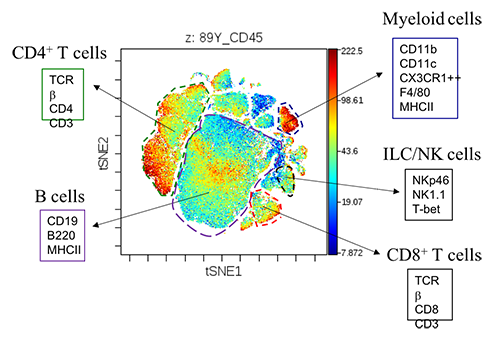