Down syndrome (DS), the phenotypic manifestation of trisomy 21, is one of the most common genetic abnormalities. The syndrome results from the presence of an extra chromosome 21 in each and every cell of the affected fetuses. DS patient suffer from a wide range of defects, some of which afflict the general population. However, in DS individuals these defects always occur at a much higher frequency and earlier in life. Since the discovery in 1959 that the DS phenotype is caused by the trisomy of chromosome 21, the prevailing hypothesis was that DS pathology results from gene-dosage imbalance, in the sense that overproduction of some of the proteins encoded by chromosome 21 genes disturbs the metabolic balance required for proper development and normal function. However, there was no molecular, Koch Postulates-type evidence supporting this assumption. 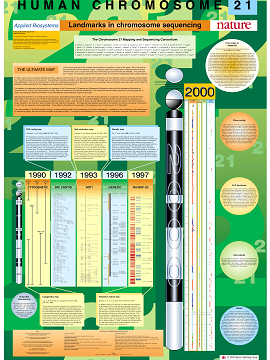 To prove the gene-dosage effect hypothesis, we have cloned SOD1, the first chromosome 21 gene to be cloned, and demonstrated that extra copies of the gene produce in transgenic mice abnormalities similar to the anatomical and clinical symptoms observed in DS patients. In so doing, we have proved the gene-dosage effect theory in trisomy 21 and opened the door into a new era in DS research.

Research in our lab addresses disease conditions in which genetic predisposition of individual chromosome 21 genes play a role. The broad long-term objective of our research is to elucidate, at the molecular level, how an extra copy of otherwise normal genes produces pathophysiological conditions in humans, particularly in patients with DS. Transgenic and gene-knockout mice of individual genes are used to investigate the consequences of functional gene-dosage of the candidate genes.