Quadrivium: Music and Science coming together

Harking back to the four medieval art forms: Arithmetic, Geometry, Music, and Astronomy, this project seeks to reposition music among the sciences by bringing together composers from the Buchmann Mehta School of Music at Tel Aviv University and researchers in physics, chemistry, molecular biology and neuroscience from the Weizmann Institute of Science.

Each group will explore data sets, technological tools, and methodological correlations between music and science that can help us hear anew familiar problems and develop new forms of musical structure and performance. Among the questions considered are the rhythmic properties of cells, the sonic resonances of bosons, the role of sound in spatial and temporal perception, and the synchronization of metal nanoparticles.

This series of two meetings aims to bring together music and science. In the first meeting (March 7), selected WIS and TAU students presented their research and their music compositions, respectively. Subsequently, they work together in pairs to compose new musical pieces. This work will be presented in a second symposium scheduled for June 6, 2022. 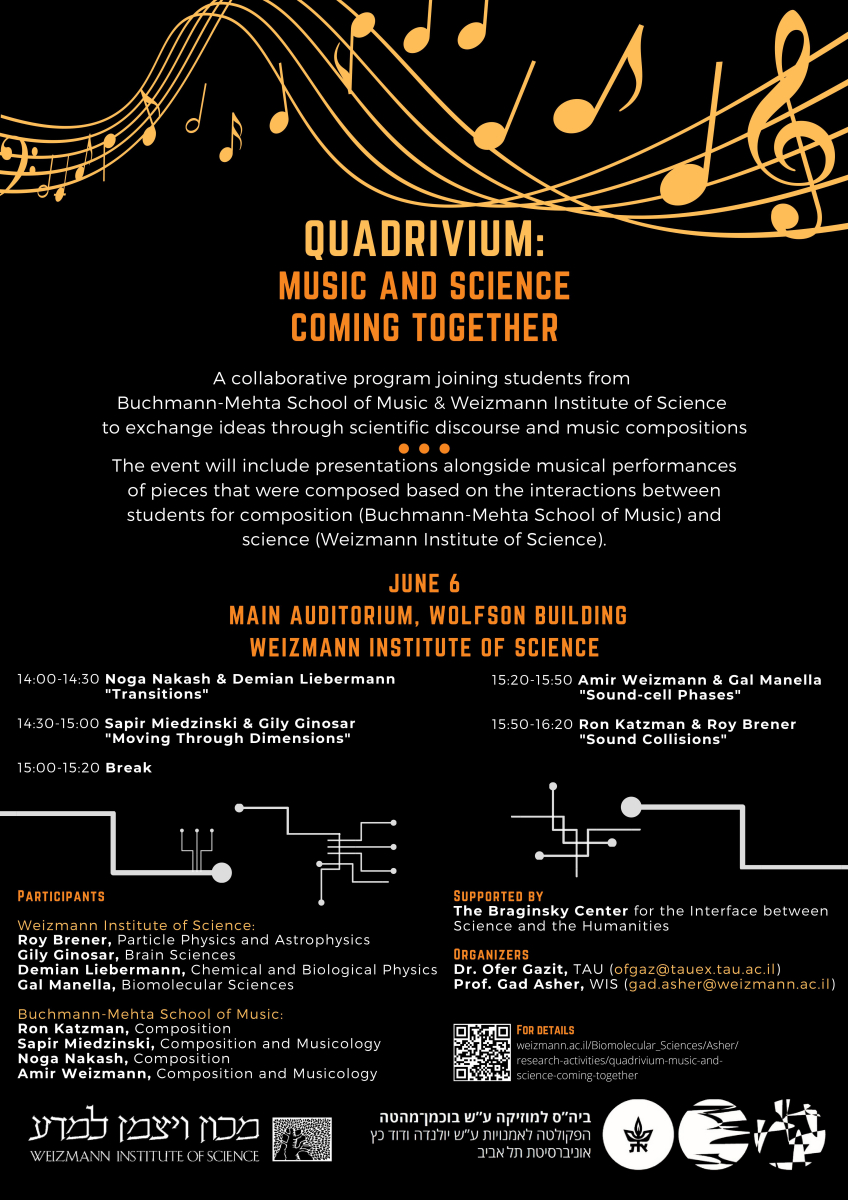