From biomass to biofuel

During the past several years, there has been increasing interest in the development of biofuels derived from environmentally friendly lignocellulosic biomass. The plant cell wall is composed mainly of cellulose, hemicellulose and lignin and is the most abundant carbon source on Earth. Therefore it represents a promising material for production of biofuels. One leading approach is to use consolidated bioprocessing (CBP), i.e., engineered microorganisms that are capable of directly converting lignocellulose into valuable end products (e.g., ethanol).

Lactobacillus plantarum is a common lactic acid bacterium that is used in variety of industrial and agriculture applications. This generally-recognized-as-safe (GRAS) bacterium is an attractive candidate for bioprocessing of lignocellulosic biomass to ethanol or higher alcohols, owing to is natural characteristics, which include high ethanol and acid tolerance and the ability to metabolize both pentose and hexose. However, it does not degrade cellulosic substrates nor does it produce ethanol or other possible types of biofuel.

One aim of our lab is to metabolically engineer L. plantarum to convert biomass into biofuels. In order to achieve this goal, we are working on introducing a variety of designer cellulosomes onto the surface of the L. plantarum cell. In addition, we are performing a series of deletion mutations and insertion of new genes into L. plantarum genome, in order to enhance ethanol production in L. plantarum. These efforts will potentially help us to convert L. plantarum into a consolidated bioprocessing (CBP) microorganism for producing high levels of alcohol directly from biomass.

Functionality of the designer cellulosome paradigm 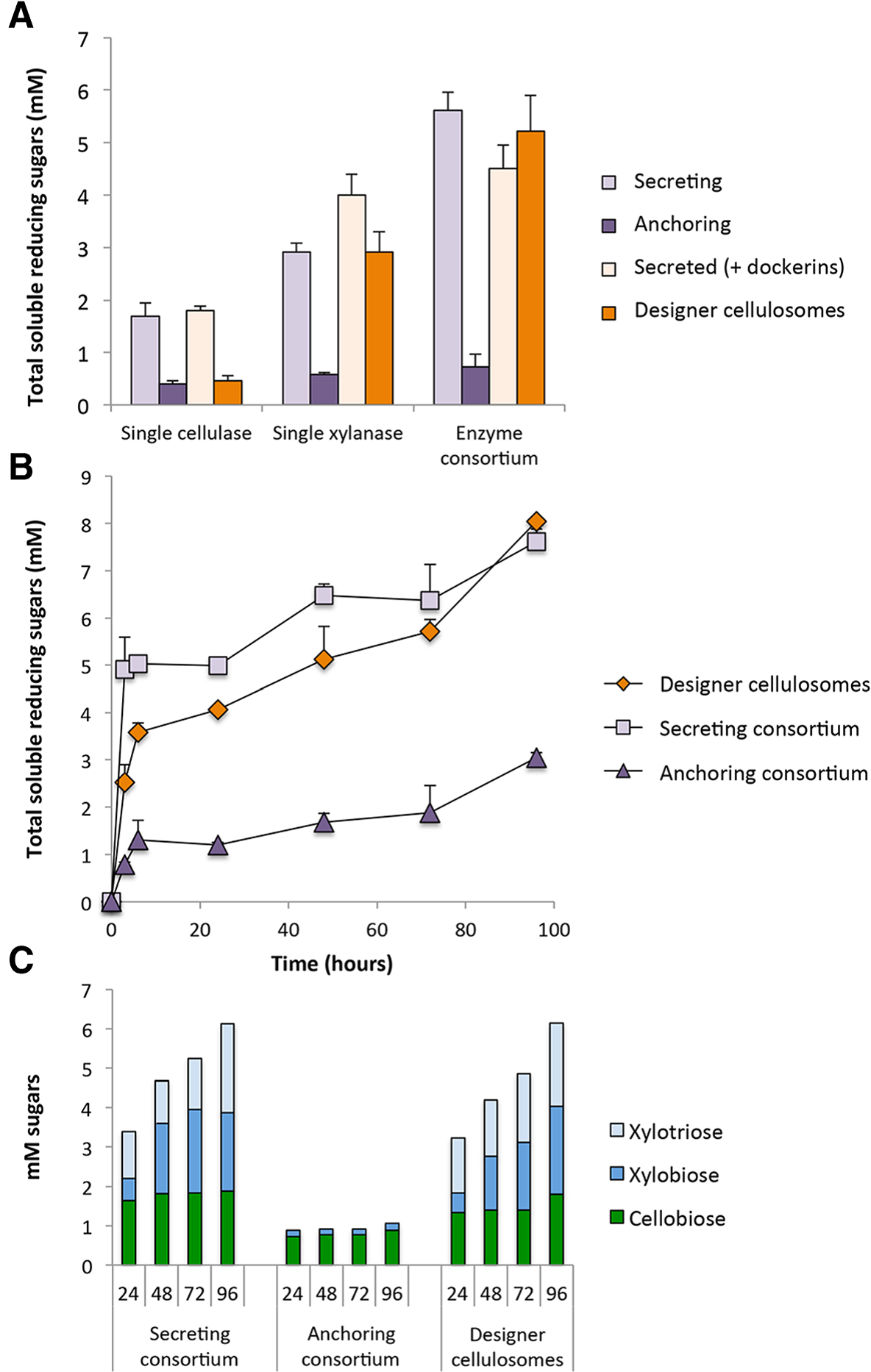