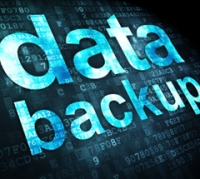 TSM (Tivoli Storage Manager) can be used to back up servers. To utilize the service, you will need to have your department administrator open a request with Internal Services.

TSM operates in client/server configuration, with backups dependent on installation of TSM agent, a software package that backs up data stored on your server to a designated central backup server. Once the TSM agent is installed and properly configured, the TSM Scheduler and Daemon query the server and issue backup commands as per predefined schedules.

Files are backed up in multiple copies (on and off-site) and versions (for easy error recovery) and are retained a predetermined number of days, depending on the specific policy that applies, as per the following table:

Explanation of policy for files that exist in the storage system:

Explanation of policy for files that have been erased from the storage system:

When a file was modified and backed up, the central server overwrote its most recently stored backup. Previous versions of a file had a “shelf life” of up to 540 days, depending on the retention policy selected (18, 12 or 6 months) when registering for server backup services via Internal Services. Consequently, as soon as a backup of a file was succeeded by a newer version, a countdown of up to 540 days to its deletion commenced.

If, for example, you created a file on Sunday and it was backed up, then modified that file on Monday and the updated version was backed up too, you ended up with two versions of the file being stored on TSM. However, the version created on Sunday would begin a 540-day countdown to deletion, as it was regarded an earlier, inactive copy at that point.

TSM backup service costs can be calculated as per pricing listed in computing charges, under Tape Backup Services.

Certain files and directories are excluded from TSM server backups, as detailed below.

Your server must remain powered up, and the central server must be set to the correct time and time zone for backups to be performed properly.

Should you miss your scheduled backup, an automated e-mail reminder will be sent to the contact responsible for your designated backup server.

The following are eligible for “best effort” backup archiving and API client support: