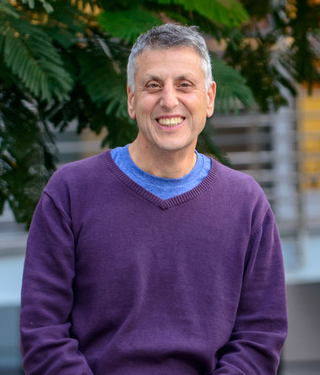 With deep sorrow, we announce the sudden, untimely and tragic death of our colleague and dear friend Dan Tawfik.

Dan was a brilliant and remarkably creative scientist who contributed tremendously to our understanding of enzyme evolution.

Dan was born in 1955 to the late Naomi Jaklin and Albert Tawfik who immigrated to Israel from Iraq. He grew up and was educated in Jerusalem. He did his military service in the Air Force, including a long reserve service that he completed with the rank of major, as deputy battalion commander.

In 1978 he began studying chemistry and biochemistry at the Hebrew University. But after two years he had to leave and join a family business. However, the desire to study burned in him and in 1986 he returned to his studies and graduated in 1988 with honors. In 1990 he received a master's degree in biotechnology from the Hebrew University (again with honors) and continued his doctoral studies at the Weizmann Institute in the field of catalytic antibodies under the supervision of Professor Michael Sela and Professor Zelig Eshchar. This field was new and enabled, for the first time the creation of new enzymes by "recruiting" the immune system to create antibodies with enzymatic activity. His doctoral dissertation was widely appreciated and recognized by the Clore Foundation and other awards.

In 1996, Dan joined the Protein Engineering Institute in Cambridge, England, under the direction of Prof. Sir Alan Fersht. Although he officially joined as a postdoctoral fellow, he was actually an independent researcher for two years. In 1999 he was appointed as group head. During this period his interest in the field of directed evolution and in vitro evolution began. At the time, though an intriguing idea this was perceived, at least in the field of enzymes, as a largely theoretical one. Indeed, the first attempts to perform directed evolution in the laboratory in real time, were limited to living organisms, generally in E. coli or bacteriophages, for the studying evolution of ligand-binding proteins.

In 1998, in a groundbreaking development in collaboration with Dr. Andrew Griffith, a system of artificial cells was built based on water-in-oil emulsion droplets. They demonstrated, for the first time, an evolutionary process of proteins, and enzymes in particular, without any involvement of living organisms. The field of in vitro evolution in particular, and directed evolution in general, has since developed into a major and important research area with fascinating implications in basic research and many applications in industry and medicine, and even won the 2018 Nobel Prize in Chemistry. Dan has made significant major contributions to this area over the years, and particularly in the first development that allowed in vitro evolution. This development, and other contributions from Dan, were also recognized in the Nobel Committee's detailed reasoning document, and in a lecture by the main winner of the award, Professor Francis Arnold, as significant milestones in the development of the field.

In 2001, Dan returned to Israel and joined the Weizmann Institute as a senior scientist. In 2006 he was promoted to associate professor with tenure, and in 2010 to full professor. During this time, he continued to develop technologies in artificial cells based on emulsions. These developments have made it possible not only to perform in vitro evolution rapidly and on an unprecedented scale, but also to create an entirely new platform that enables compartmentalization and minimization of biochemical and genetic processes, including DNA duplication, transcription, translation and enzymatic reactions. This technology is now in use by every research institute and hospital in the world, among other things as part of DNA sequencing and advanced methods such as Digital PCR analysis.

Dan's research has also opened up a new area that utilizes in vitro evolution to reconstruct processes that have occurred throughout the evolutionary history of natural proteins. This makes it possible not only to decipher the origin of enzymes and other proteins, but also to examine in detail the process that led to their emergence and transformation into sophisticated molecular machines.

Dan is the author of over 180 articles, over 150 of them as first or senior author. His papers have received an extraordinary number of citations. Dan was a member of the editorial board of some of the most important journals in the field of proteins and biochemistry. He won numerous major awards for his work, including the Weizmann Prize, the Teva Prize for Excellence, and last year the EMET prize, as well as the international ECI Enzyme Engineering Award, which has previously been won by leading researchers including Professor Francis Arnold.

Dan's innovation, originality, and scientific leadership are manifested in an exceptional number of students, postgraduate students, educated in his laboratory, many of whom have become independent researchers, professors or heads of research groups in Israel and around the world.

In addition to being a brilliant scientist, Dan was also a very kind and friendly person with a unique sense of humor. He was loved and admired by his many colleagues and lab members. This is shown in the following contributions from his group members and colleagues.