“ATLAS is one of the four major experiments at the Large Hadron Collider (LHC) at CERN. It is a general-purpose particle physics experiment run by an international collaboration and, together with CMS, is designed to exploit the full discovery potential and the huge range of physics opportunities that the LHC provides.

ATLAS' scientific exploration uses precision measurement to push the frontiers of knowledge by seeking answers to fundamental questions such as: What are the basic building blocks of matter? What are the fundamental forces of nature? Could there be a greater underlying symmetry to our universe?” (A copy and paste from the ATLAS webpage)

The Israeli scientists play an important role in ATLAS and their contributions span over large variety of activities; from the design construction assembly and operation of the Thing Gap Chambers (TGC) detectors for the muon endcap trigger system, through the development of data acquisition technologies all the way to conducting sophisticated data analyses.

The TGC detectors where developed by Prof. Giora Mikenberg at WIS who lead the TGC project for many years. Under his leadership, thousands of detectors have been built and at WIS and assembled in 6 big wheels (BW) and 2 small wheels (SW) in ATLAS (picture). These are crucial for the successful operation of ATLAS. Nowadays the group is playing a leading role in the upgrade of the 2 SWs to the so-called New Small Wheels (NSW) and responsible for the design construction assembly and integration of small-strip TGC (sTGC) chambers. In the next upgrade period foreseen by ATLAS, the group is planned to upgrade  another region in the TGC system.

The Thin Gap Chambers developed by Prof. Mikenberg at WIS are multi wire proportional chambers (MWPC). The small gap of 1.4 mm between the wires and the cathodes, relative to the 1.8 mm pitch between the wires, make them unique MWPC capable of operating as trigger chambers at the high collision rate (40 MHz) provided by the LHC.

The detector (shown schematically in the figure) consists of two cathode plans coated with high resistive coating. Thin gold plated tungsten wires are stretched at equal distance from the two cathode planes. The assembly is closed from all sides to define a sealed vessel filled with NP/CO2 gas mixture. High voltage is applied to the anode wires creating a string electrical field close to the wires. 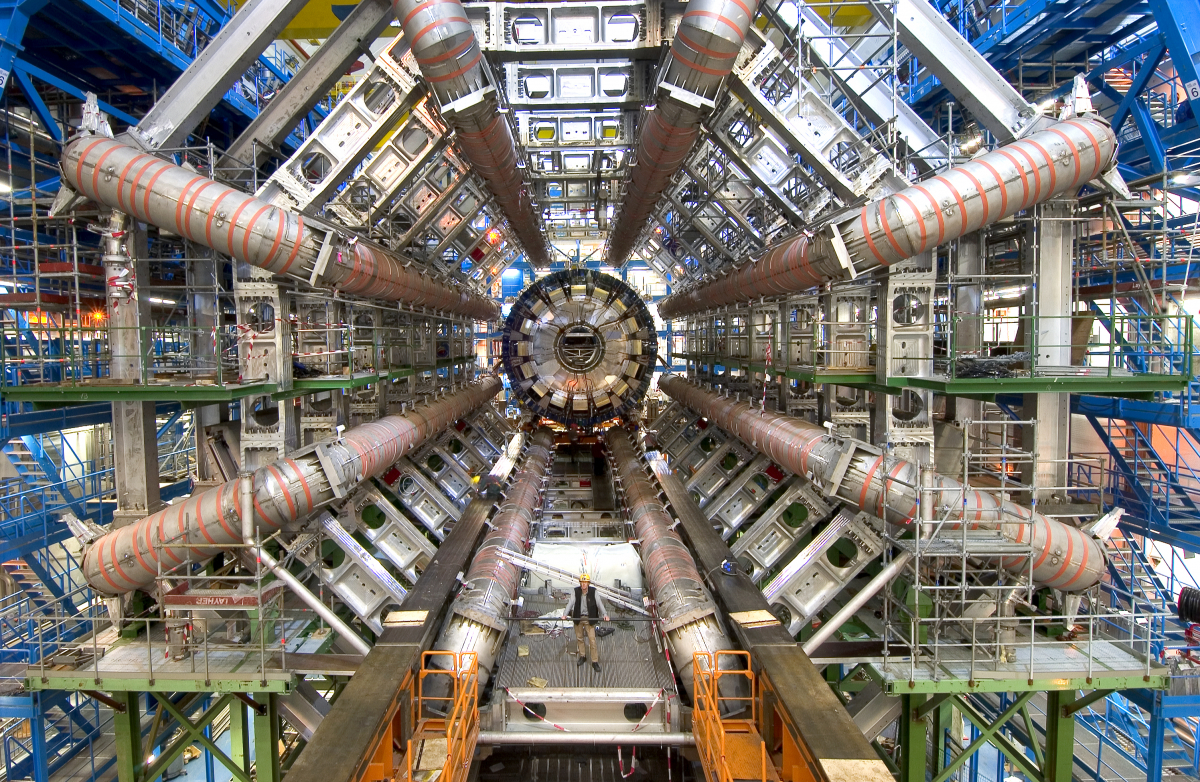