The effect of oxygen doping on the transition lines in BSCCO

To further characterize the extended vortex phase diagram consisting of a first-order melting transition and a second-order glass transitions, we studied the dependence of these transition lines on the oxygen over-doping of the sample, δ [1]. The main effect of oxygen over-doping is to increase the coupling between the superconducting layers. This stiffens the pancake vortex stacks, thereby reducing the sample anisotropy and enhancing the elasticity of the vortex matter [2]. In addition, the excess oxygen atoms act as added point defects [3].

We found that the glass transition obeys a surprisingly simple anisotropy-scaling law which neglects the effect of disorder altogether [4]. By fitting the doping-dependent phase diagrams to those calculated from a theoretical model [5], we found that although defect density is known to increase with over-doping, the overall effect of disorder decreases due to the reduced anisotropy. 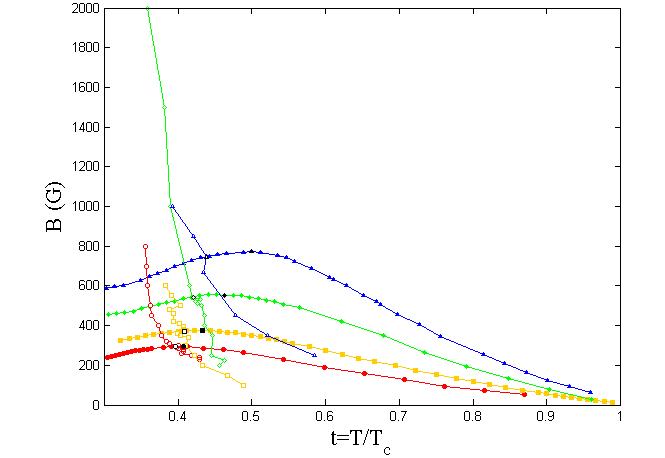 Doping dependence of the first-  and second-order transition lines in the thermodynamic vortex phase diagram in BSCCO. 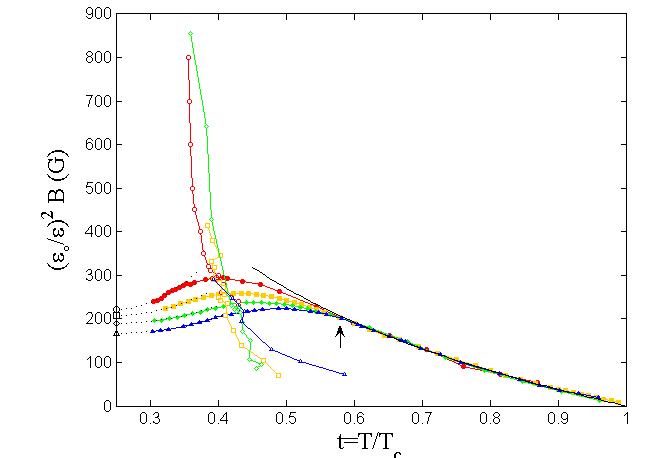 Rescaling the high-temperature part of the melting lines according to Bm~ε2 collapses the second-order glass lines, though fails for the disorder-induced inverse-melting.