The Weizmann Institute of Science is one of the world’s leading basic research institutions. It is comprised of 250 experimental and theoretical research groups across five faculties—Biology, Biochemistry, Chemistry, Mathematics and Computer Science, and Physics. Insights that emerge from its labs help provide a fundamental understanding of the human body and the universe, and lead to advances in medicine, technology, and the environment. This is science for the benefit of humanity at its best.

Our cancer research has led to many discoveries, including the gene that encodes p53—the tumor suppressor protein found to be dysfunctional in almost all cancers—and a protein that triggers chronic myelogenous leukemia, which provided the foundation for the development of Imatinib (known as Gleevec). Our investigations led to the basis for the drug Erbitux to treat colorectal cancer and head and neck cancer, and many other insights in breast and ovarian cancer, prostate cancer, and more.

Our neuroscientists have revealed how the brain and nervous system develop and function in health and disease, with insights on neurodegenerative diseases such as Alzheimer’s and Parkinson’s and mental illnesses and conditions such as autism, depression, and schizophrenia.  One of the Institute’s strengths is its development of basic research tools, such as nuclearmagnetic resonance for the study of biological and non-biological materials.

Prof. Ada Yonath of the Department of Structural Biology received the Nobel Prize in Chemistry in 2009 for deciphering the structure of the ribosome, which has implications for the development of new antibiotics and better understanding resistance to antibiotics. In addition, she has elucidated the modes of action of many antibiotics that target the ribosome and revealed mechanisms of drug resistance, paving the way for structure-based drug design.

The Weizmann Institute has historically led the way in computer science research; in the 1970s, the algorithm that allows for safe and secure computer transactions, RSA, was co-invented by our scientists and provided the foundations for start-up companies that fuel Israel’s booming telecommunications industry. Three of our computer scientists have won the Turing Award, considered the ‘Nobel of mathematics’.

And the list goes on. None of these achievements would be possible without the people behind the science: the scientists, postdoctoral fellows, and students who think outside the box for new solutions to pressing problems; alumni who become part of a large international network of scientists collaborating on a diversity of projects; and the philanthropists who generously back the research. The Weizmann Institute holds a firm belief that its most important asset is its people, and a clear understanding that basic research requires years—even decades—of investment to bear fruit. 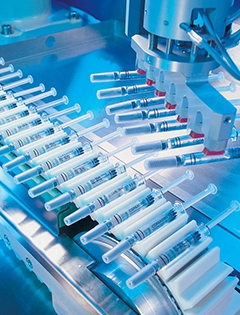